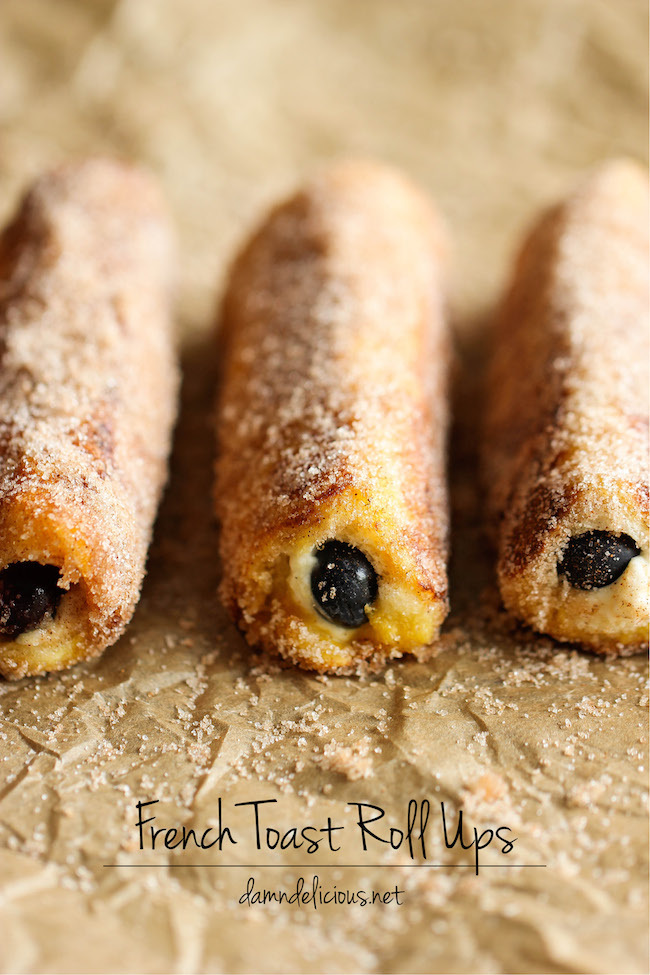 Mom has always told us that breakfast is the most important meal of the day. But when mom isn’t there to make you a complete pancake breakfast in the busy morning, who has the time to eat anything? I usually stick to a bowl of cereal if there’s time but I’ve been accustomed to skipping over breakfast downing about 2 cups of coffee before my day begins. 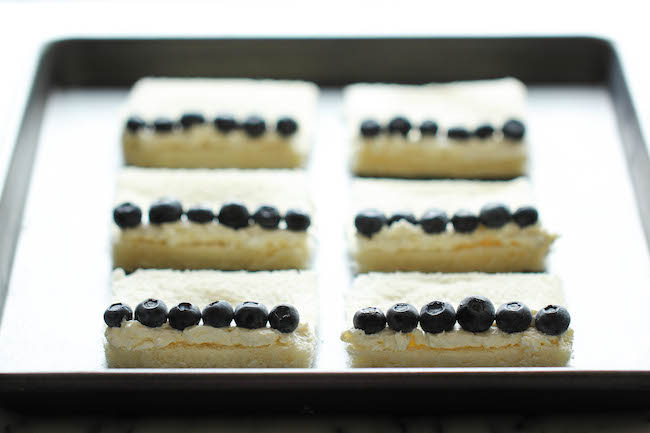 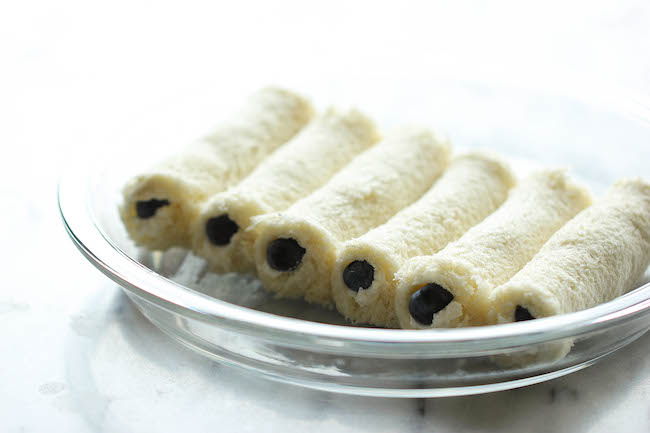 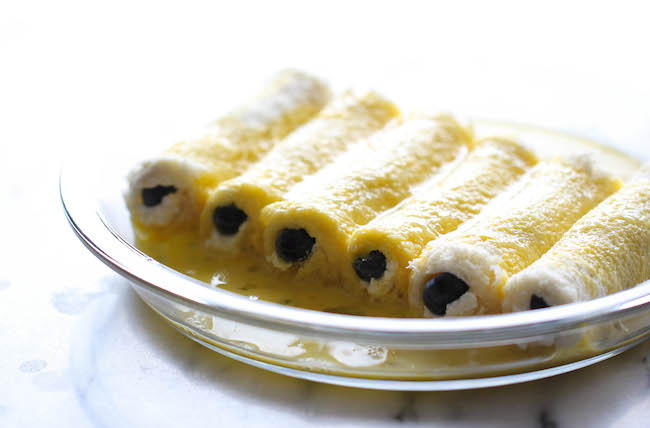 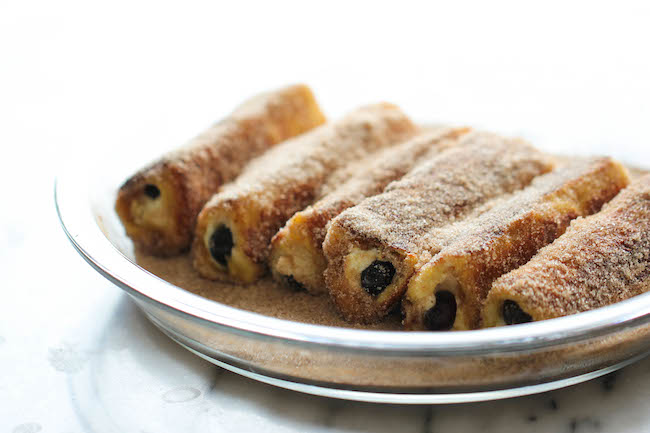 But I will tell you that when I do have the time to whip up a fun breakfast, I will make it count. That being said, I present to you my all-time favorite breakfast: french toast roll ups! 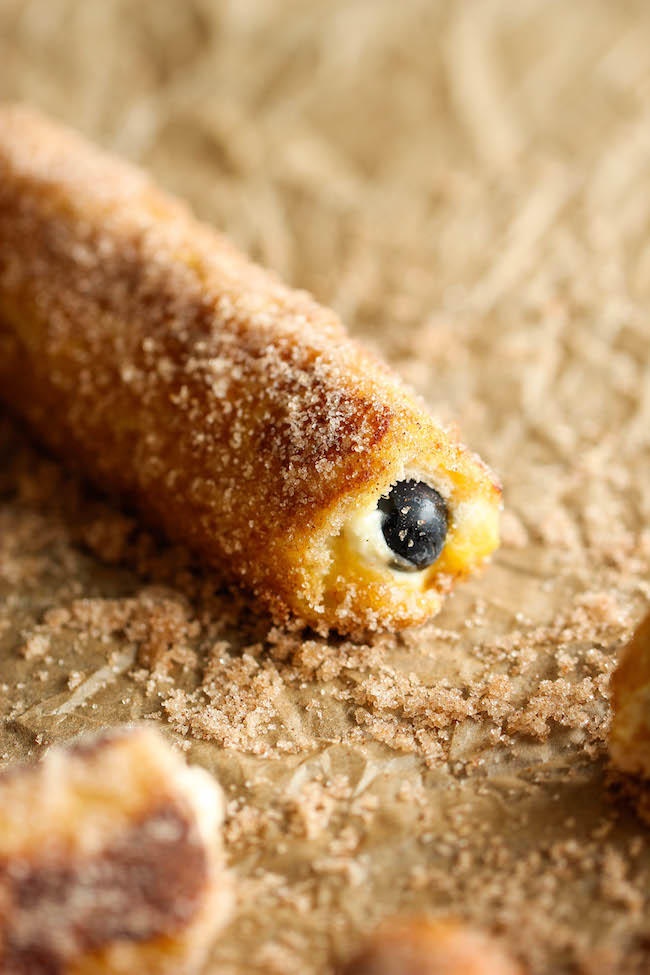 These roll ups are such a fun twist on the traditional french toast, which seem to be too boring now that I’ve made these. After all, who wants to go back to a slice of bread when you can have them rolled up in the creamiest of all cream cheeses with fresh blueberries, slathered in buttery, cinnamon sugar goodness? 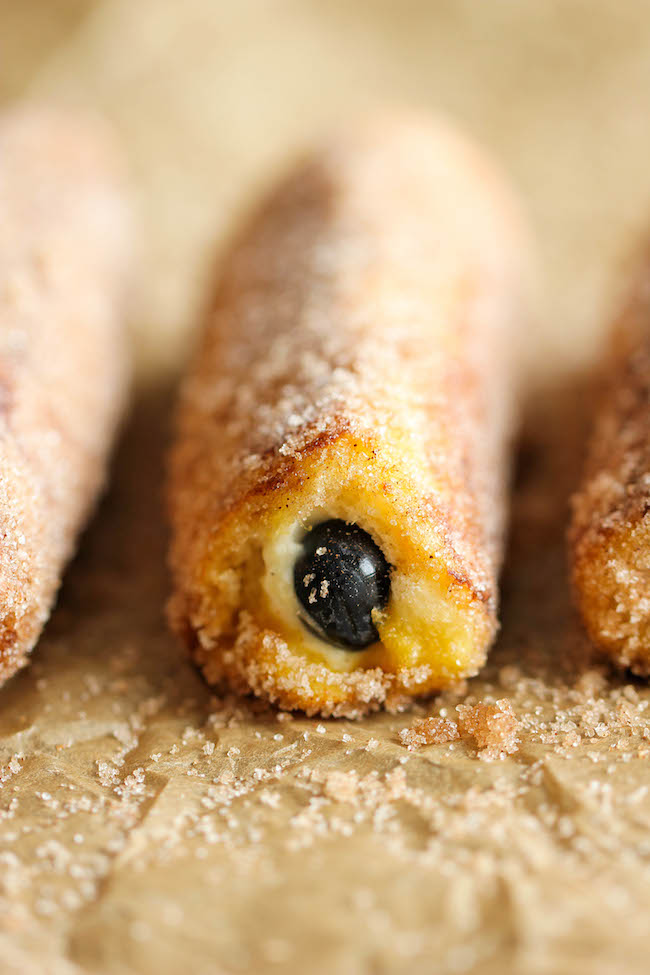 You can serve them as is or you can even dunk them in a little bit of syrup – either way, you’ll want to have these for breakfast every single morning! 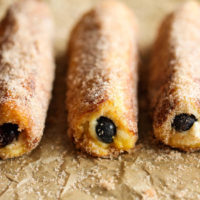