Amazingly crisp wings baked to perfection served alongside an incredibly creamy dipping sauce that everyone will love! 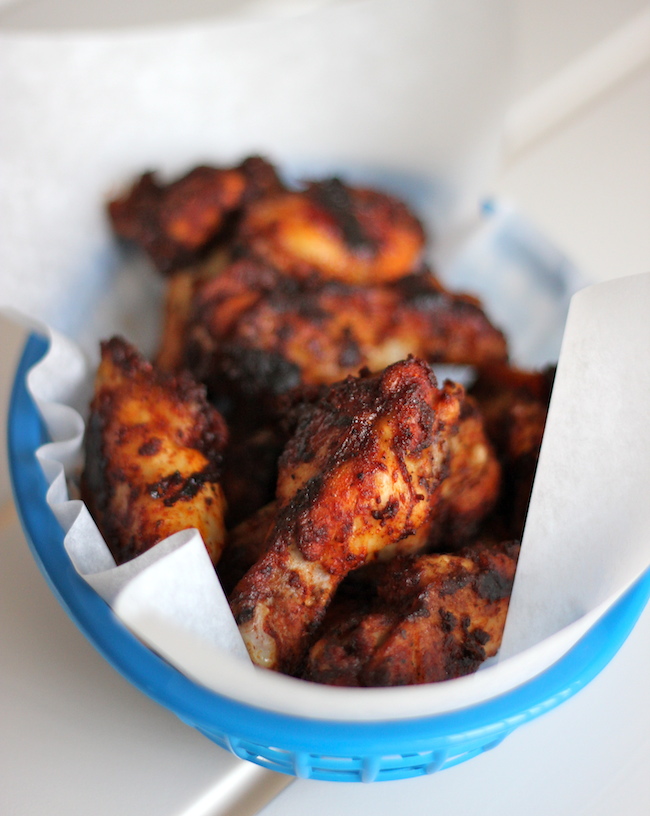 Having a day off of a 5-day workweek sounds like a mini-vacation but I actually spent the entire day cooking and doing some major cleaning around the house. Ever since I started working, there is just no time to clean! But seeing that I had some down time, I busted out the vacuum, the swifter, and the 409. It’s seriously baffling as to how dust accumulates so quickly! No matter how often I clean, there’s just so much dust that piles up on every thing around the house! Ugh. 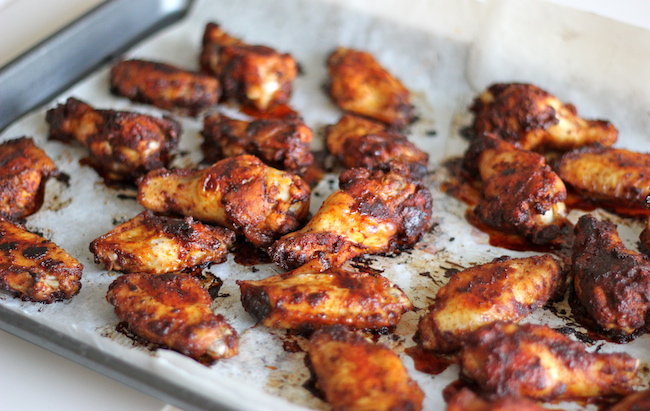 In addition to being annoyed by the unknown origins of dust around the house, I also spent the latter half of my day being completely angry/upset/frustrated/irritated after paying off my $360 speeding ticket. Well, actually it was $370 since they charged me $10 for paying online. Ridiculous, right? I just can’t help to think how much crap I could buy with $370! I could finally get the pasta attachment for my KitchenAid and the red Le Creuset round Dutch oven. 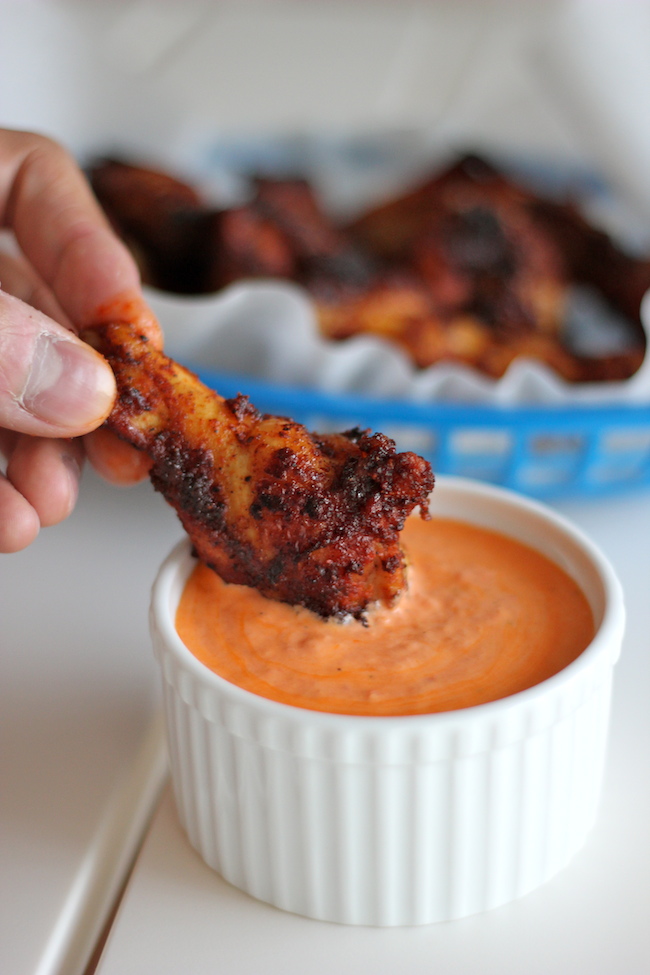 I could go on and on about how I could spend the $370 but it would just make me more angry so let’s move on to something more pleasant, like these awesome wings. When Jackie from Domestic Fits first posted this, I knew that I immediately had to make them. Her wings were so wonderfully crusted, and that creamy roasted red pepper dipping sauce just tipped it to absolute perfection. I followed the recipe exactly as is and it was just as I had imagined it – crisp on the outside and completely succelent in every bite. And once you dunk them (yes I said dunk and not dip) in this amazing sauce, it’ll serve as a wonderful complement of flavors. 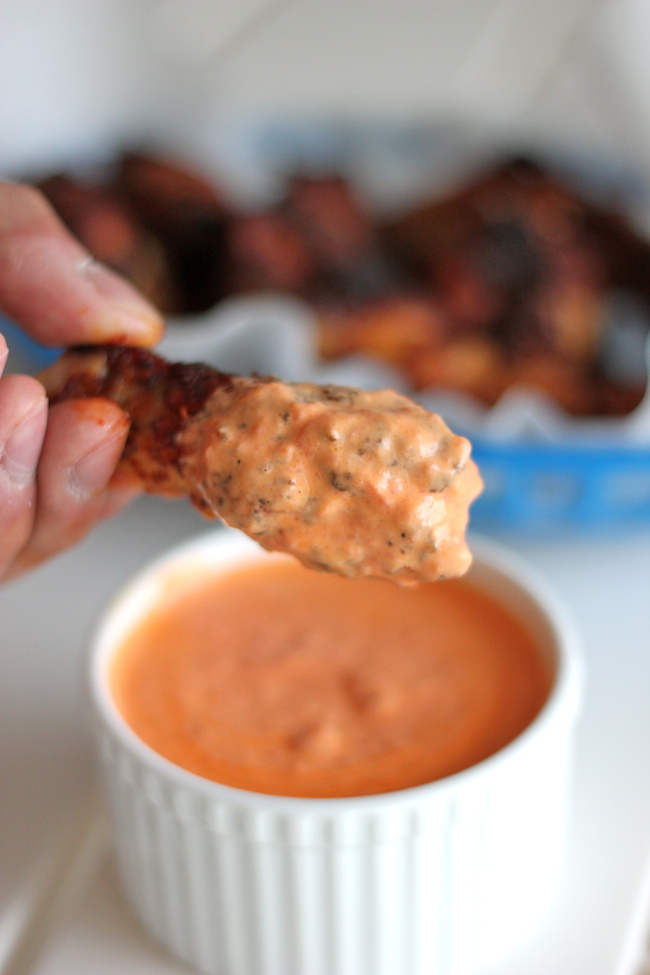 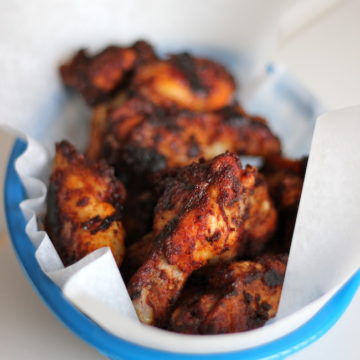