Crisp oven-baked wonton cups loaded with buffalo chicken and blue cheese – an appetizer that is sure to be a crowdpleaser! 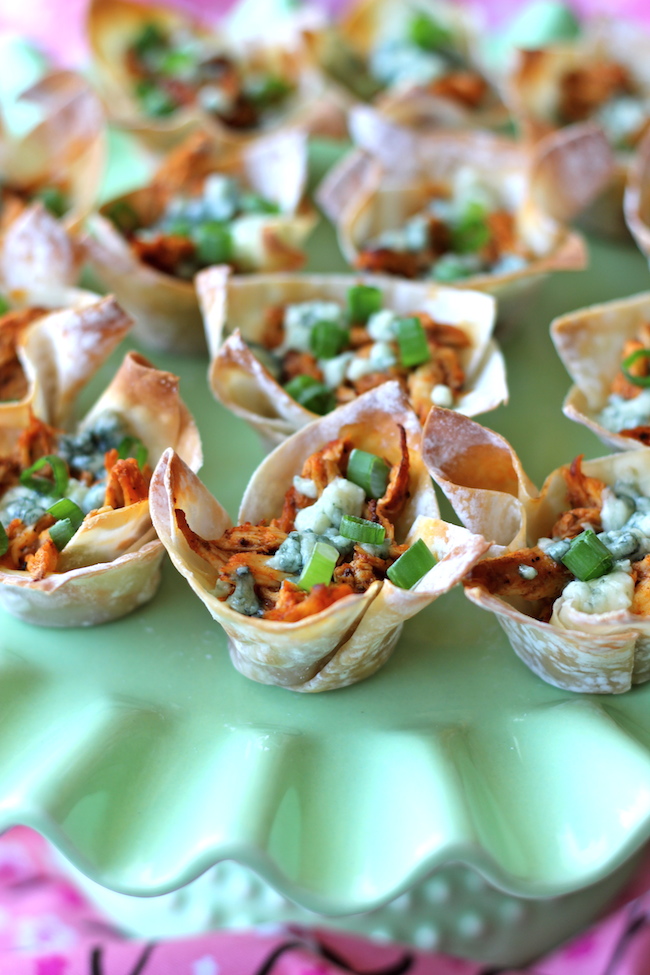 I’ve always seen these cute little appetizer cups from Pam over at For the Love of Cooking and Ali at Gimme Some Oven so I just had to give it a try. They’re so incredibly easy to make, and it’s so amazing as to how the wonton crisps up in such a short amount of time. Plus you can throw in anything and everything and you’ll end up with a fun little appetizer to feed a huge crowd, or just two very hungry people like me and Jason.

We’ll first start by slathering on some of the paprika and chili powder on the chicken breasts. I added extra for additional heat. 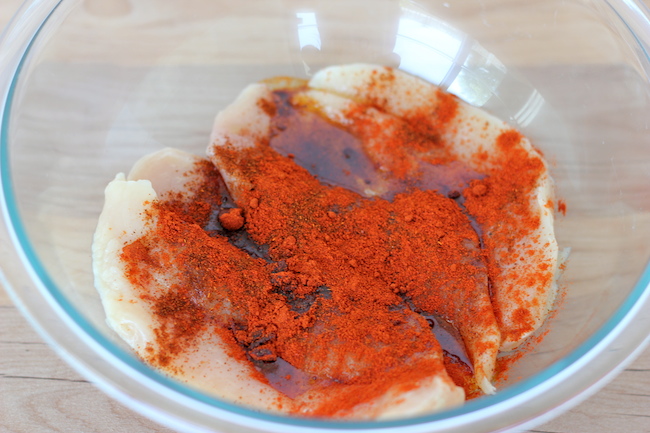 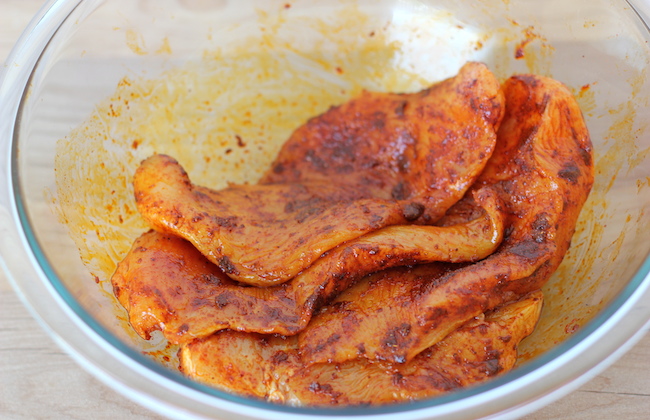 We’ll fry them up in a skillet until they get nicely browned. 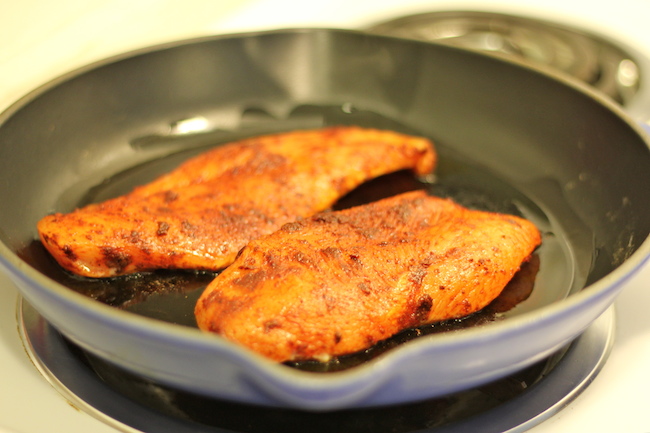 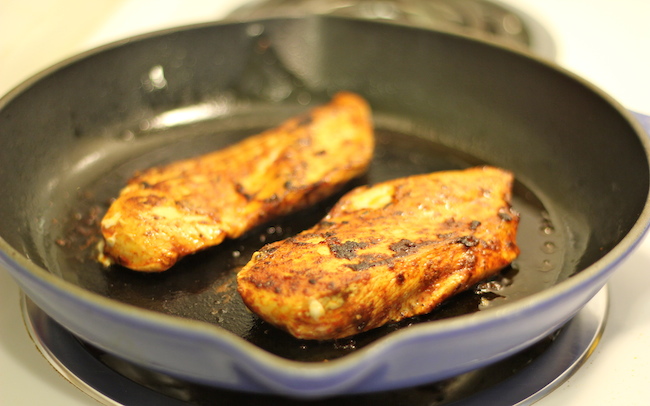 Then go ahead and whip out your Frank’s Red Hot. You have to have some stashed in your pantry. 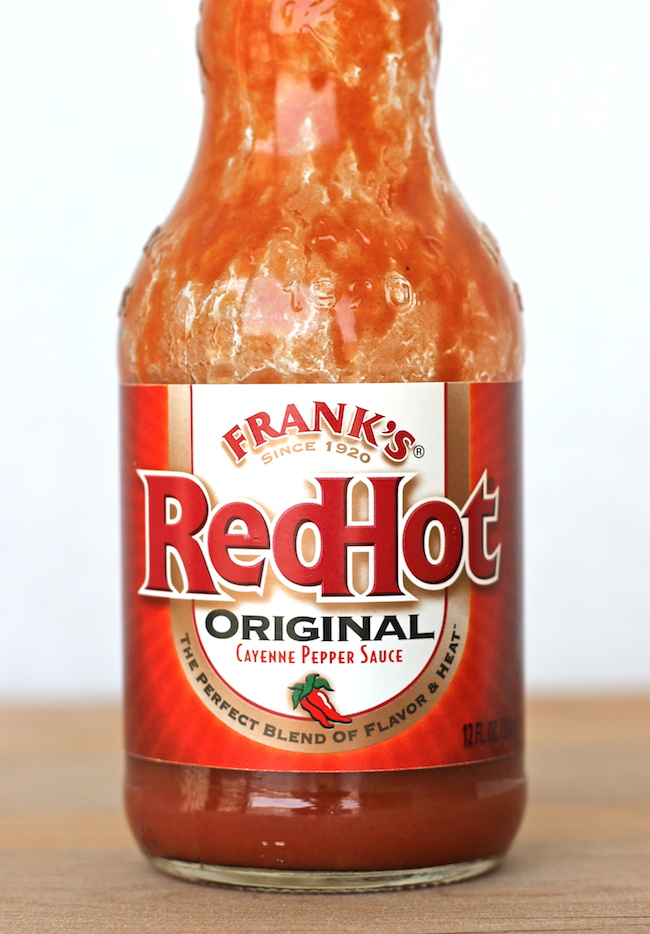 We’ll shred the cooked chicken and toss them with the butter and a liberal amount of Frank’s Red Hot. 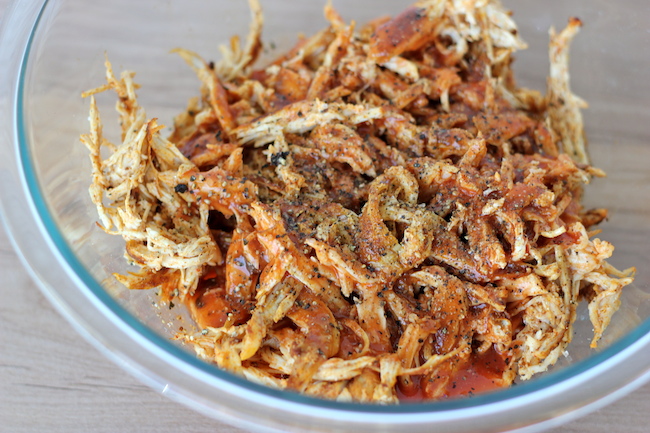 Then we’ll get some wonton wrappers, which you can find in the Asian aisle at your local grocery store,

and fit them into each of the 24 muffin tins. Make sure you lave an opening so you can fill them later. Then pop them into the oven and bake them until it gets lightly browned, about 5 minutes. 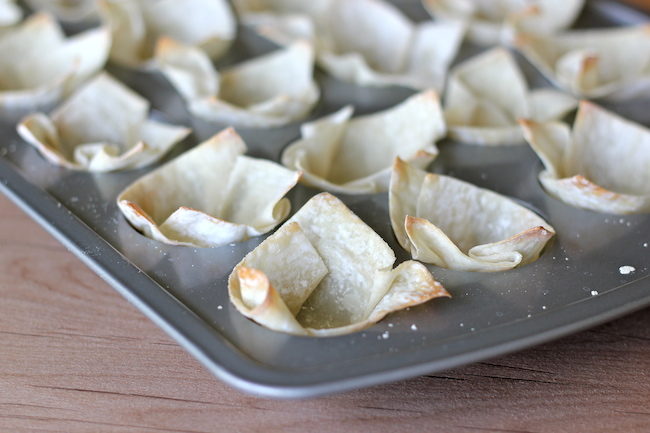 Now whip out your blue cheese, 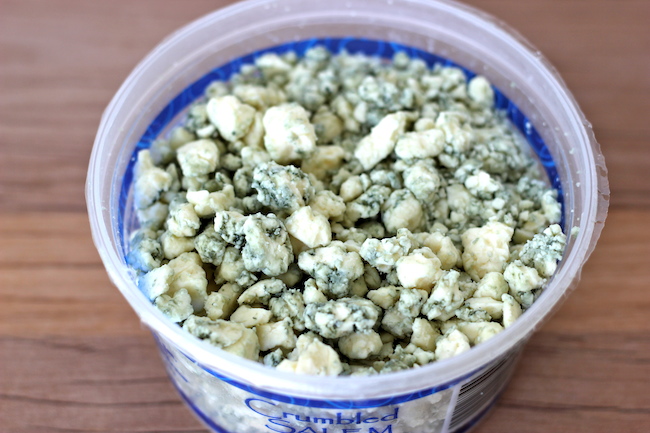 and fill these cups up with the buffalo chicken and blue cheese. They’ll go back in the oven until the cheese gets all melted and gooey, about 5-10 minutes. 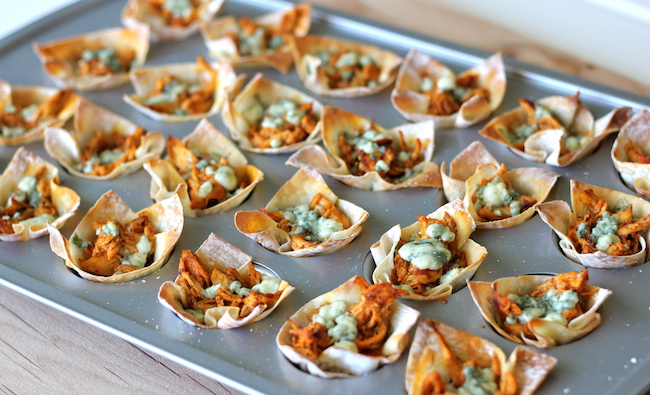 And that’s it! Dig in! And don’t worry, you can fit the whole thing in your mouth without an issue. 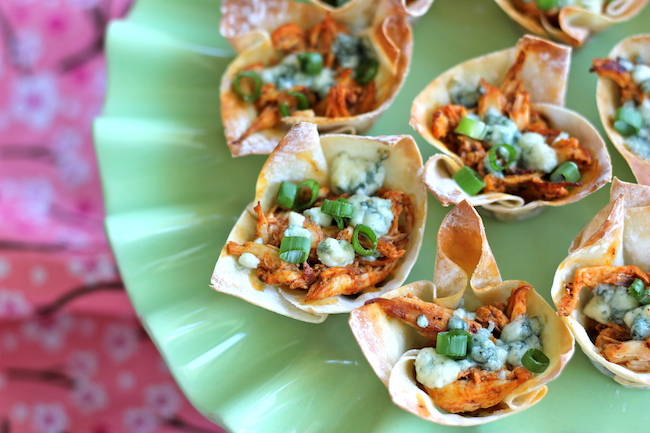 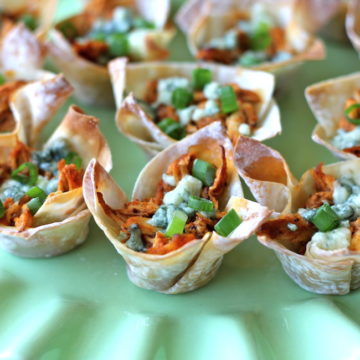 Crisp oven-baked wonton cups loaded with buffalo chicken and blue cheese – an appetizer that is sure to be a crowdpleaser!

Adapted from Gimme Some Oven.