A perfect way to use up that leftover cranberry sauce marbled through this rich cream cheese topping above a layer of fudgy, decadent brownies! 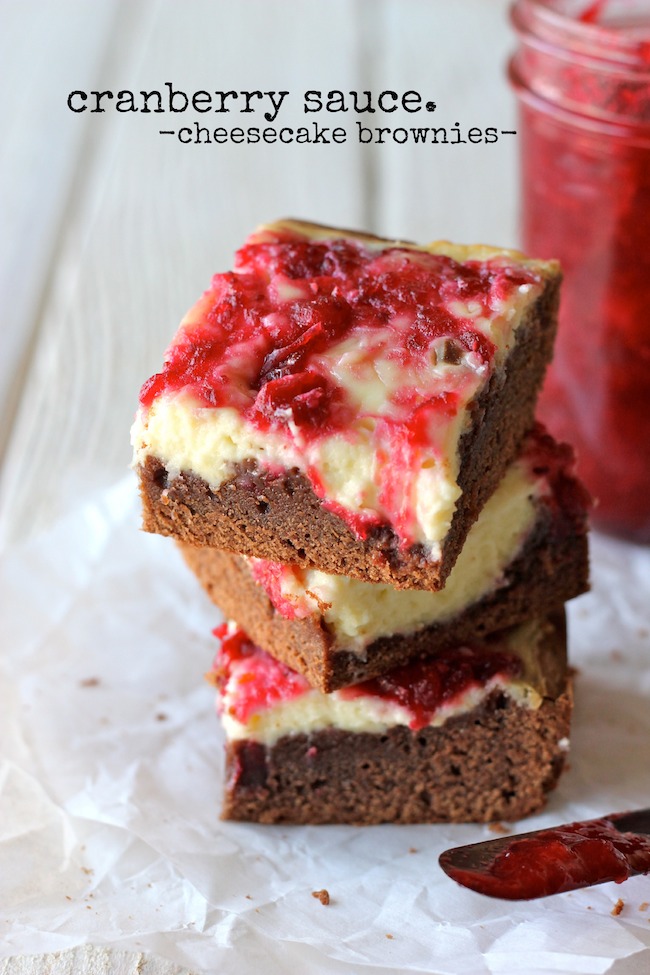 Happy Monday to you all! I just got back from a cross-country trip to Mixed where I learned how to decorate cookies courtesy of Marion, played with fondant for the very first time with Duff along with so many other helpful workshops. It was such a blast, but I am also incredibly thrilled to be back home.

Yes, I get homesick after a 4-day trip because in the end, nothing beats curling up on your own bed and staying in 70+ degree weather. Apparently the east coast warmed up a bit last weekend but it was still unbearably chilly for me. 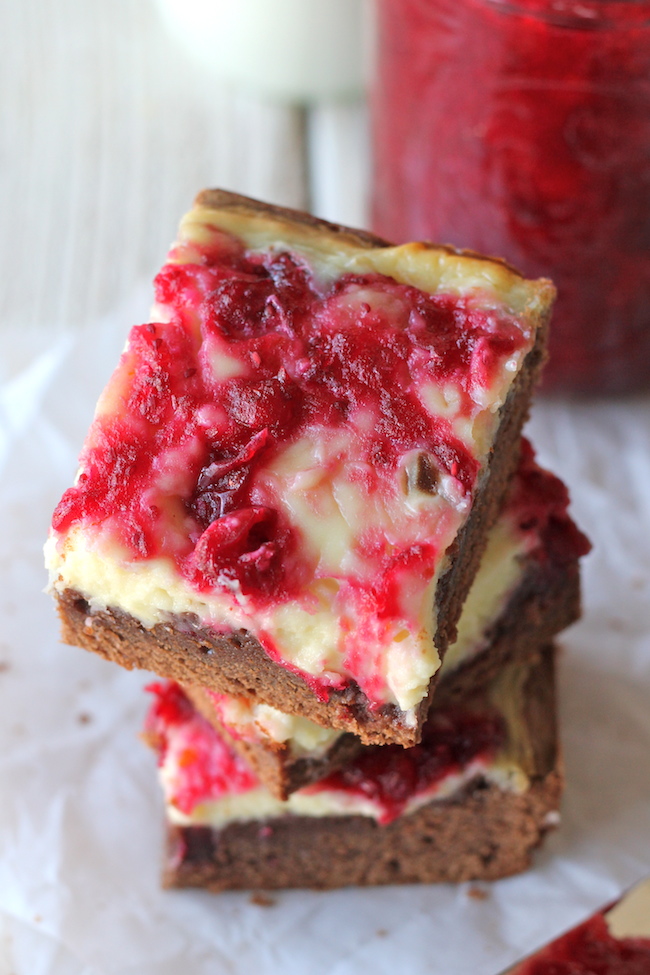 Now let’s talk brownies. I’m actually not the biggest chocolate fan in the world but if you add in a layer of cheesecake (my ultimate weakness) on top of a brownie, I become a chocolate fanatic. These brownies had just the right amount of sweetness in them and that leftover cranberry sauce that got swirled in these babies gave them such a refreshing touch. I didn’t want to be tempted to eat the whole batch so I immediately devoured one and brought the rest over to Jason’s family.

Yeah, I don’t have much self-control. 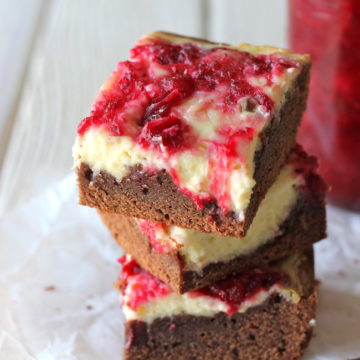 A perfect way to use up that leftover cranberry sauce marbled through this rich cream cheese topping above a layer of fudgy, decadent brownies!

For the cheesecake filling