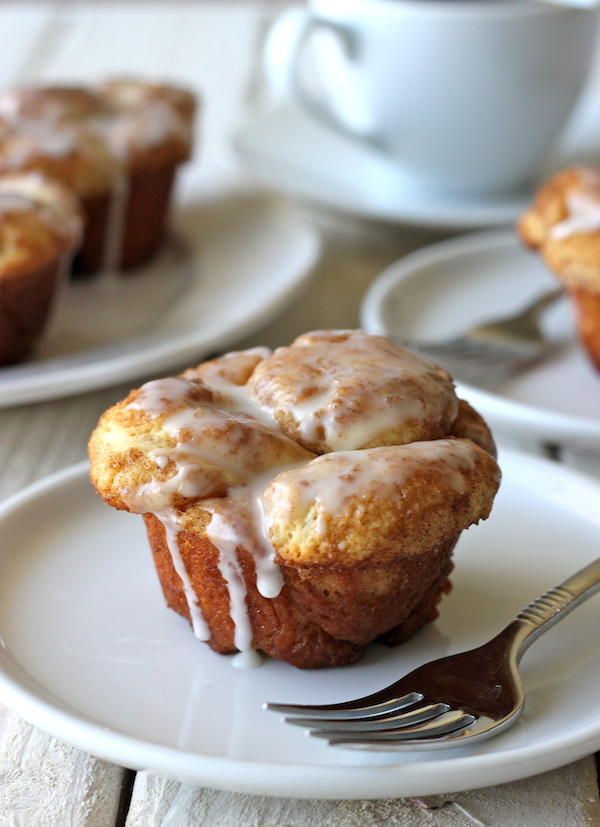 If you’ve been following me for a while now, you know that I don’t like yeast. I think I’ve made one thing on this blog that actually involves yeast, but as I’m trying to evolve and cross things off my bucket list, I sucked up my fear and set out to make these monkey bread cupcakes.

I will be completely honest with you – this took a lot of time and work. But in the end, I promise you, it was all worth it.

Yes, there are 2 rises with this recipe. And yes, you have to make 72 dough balls and roll them up individually in butter and cinnamon sugar. It seems overwhelming but if you have some help in the kitchen (this would be so perfect to make with your little ones), you’ll have a blast making these. And if you don’t have fun making them, you sure will when you bite into these heavenly cupcakes.

Go ahead and combine the yeast and 1/4 cup water and let it sit until it gets all foamy, about 5-10 minutes. 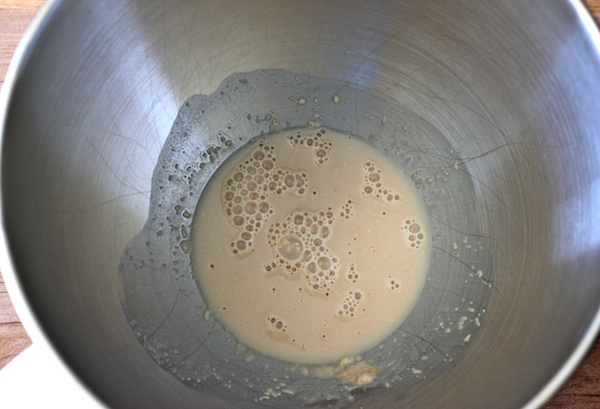 Next we’ll stir in some sour cream, butter, sugar, egg and vanilla. 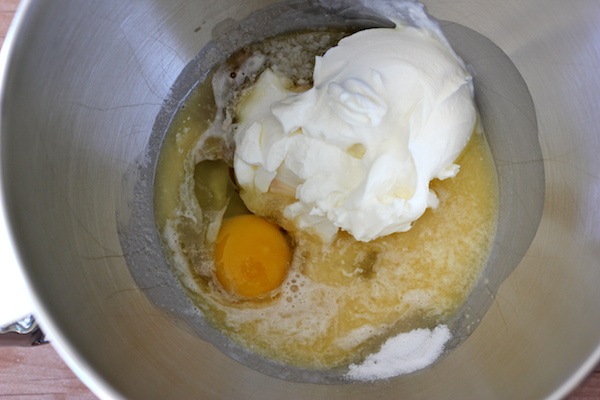 Here we’ll add just 2 cups flour, salt and baking soda. We’ll let that mix on low speed for a bit until it gets combined. 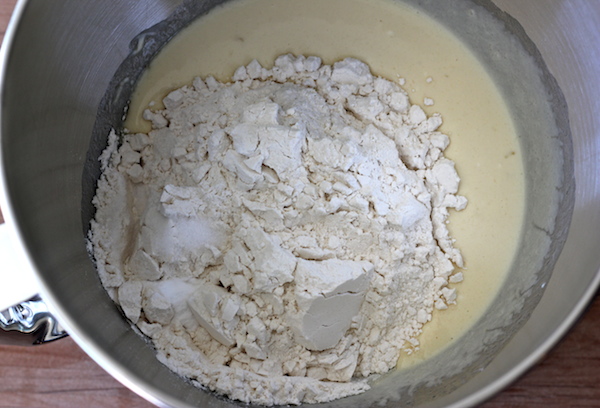 Then we’ll add in the rest of the flour, little by little, until the dough comes together, kneading on high speed until a ball forms. 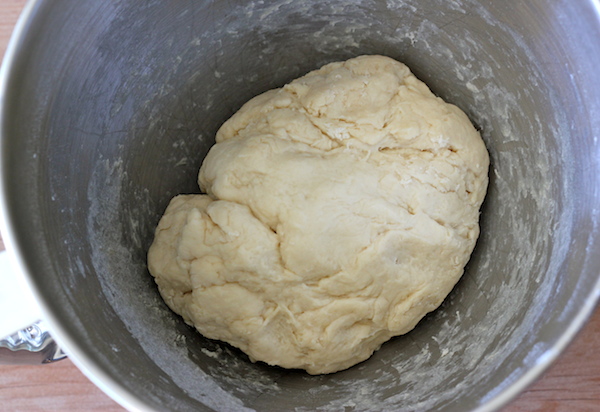 Cover with plastic wrap and let it double in volume for about an hour. This is the perfect time to get some laundry done. 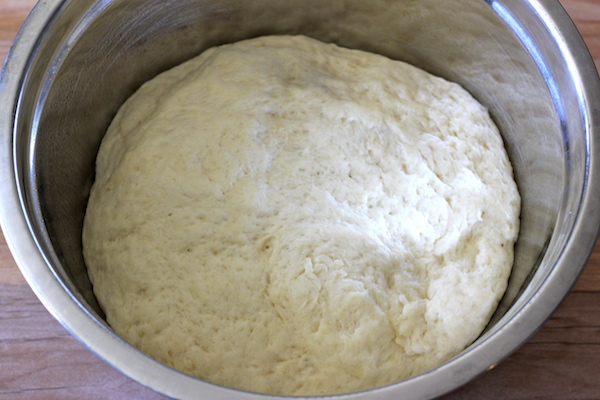 Once that hour is up, go ahead and punch down the dough to deflate it before dividing up the dough into 6 equal pieces. 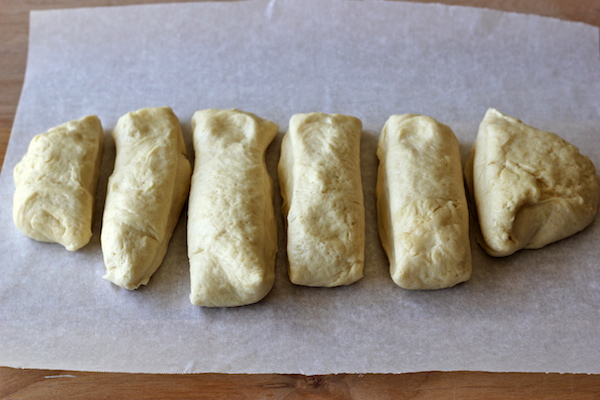 Take each of the 6 equal pieces and form 12 balls. 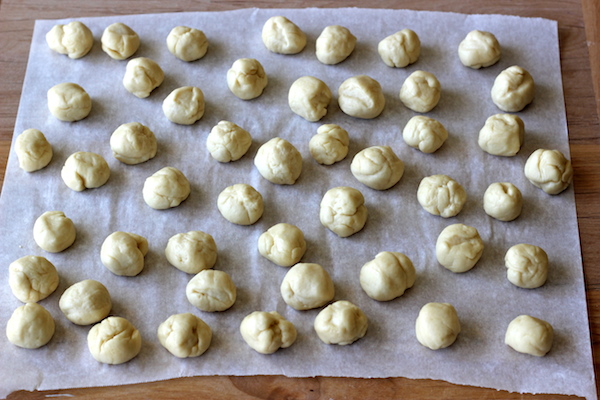 Next, we’ll make our cinnamon sugar mixture and dip the balls into butter before slathering this stuff on. 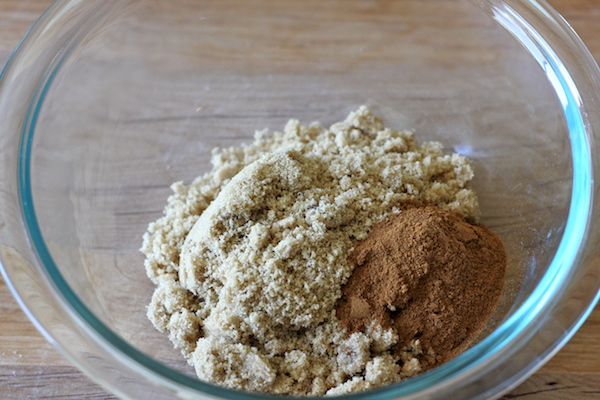 Once all the dough balls are coated, add 6 balls into each muffin cup, adding the last one in the center. Let it rise until doubled again, which should take about 40 minutes. Once that’s done, go ahead and bake these lovelies for 20-22 minutes in a 350 degree F oven. 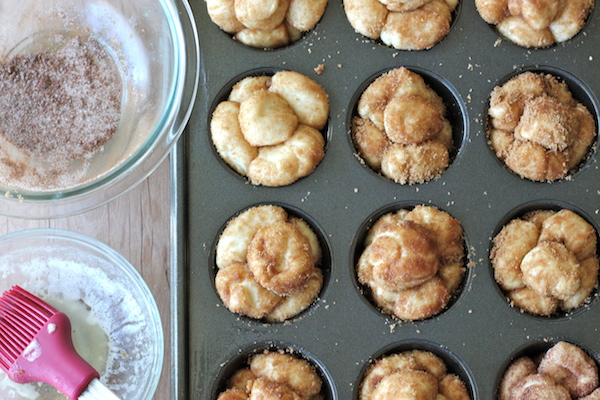 Then comes the glaze where we’ll combine the confectioners’ sugar, butter, milk and vanilla. Let the cupcakes cool for 10 minutes before drizzling on this goodness to each one. 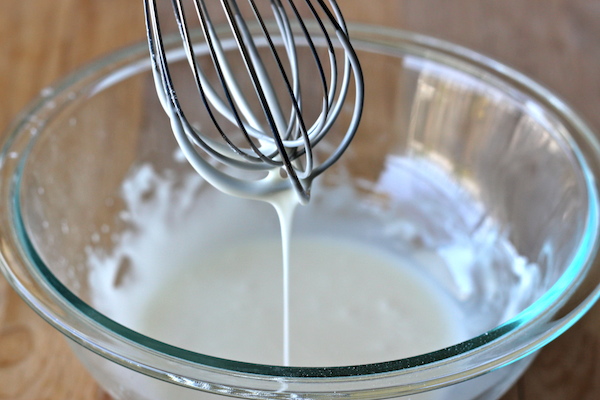 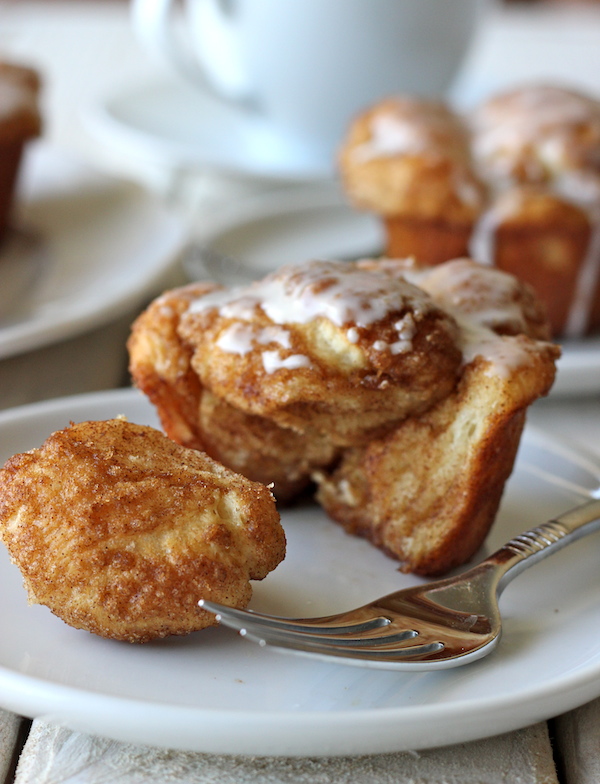 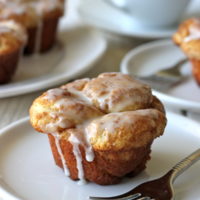 For the cinnamon-sugar coating

For the vanilla glaze