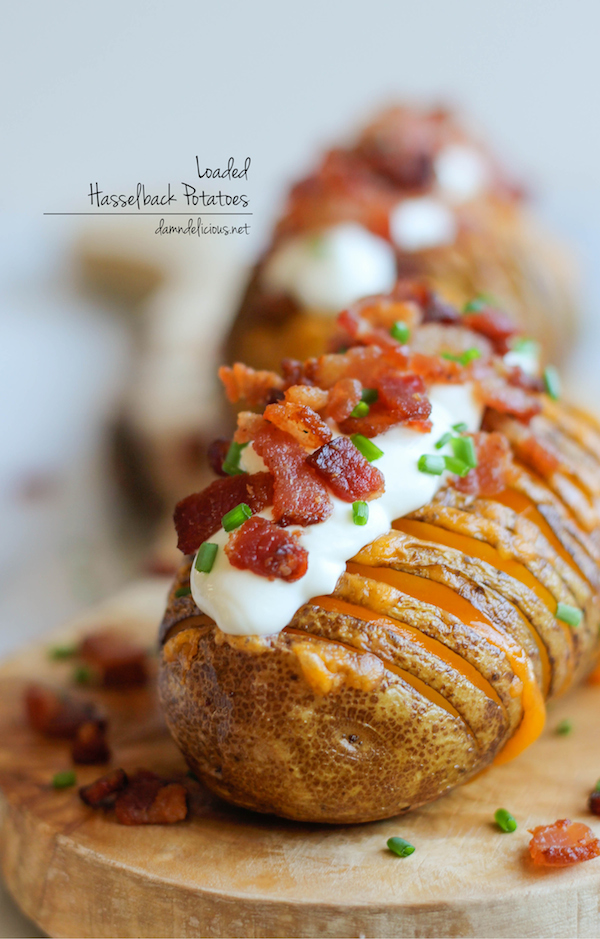 I finally had my first hasselback potato experience today. I’ve actually been wanting to make this for a couple years now but I was so worried that it would be too complicated to make. But little did I know how easy it really was, and it makes for a perfect fancy side dish to almost any meal!

Now what is a hasselback potato? It’s simply a baked potato except you cut thin little slits within the potato, adding butter to the crevices and baking it for an hour until you get that wonderful crispness on the outside. Easy peasy, right? Then you top it off with some cheddar cheese, letting that melt right into those buttery slits. Finally, you finish it off with sour cream, crisp bacon and chives.

Now that wasn’t too hard, right? 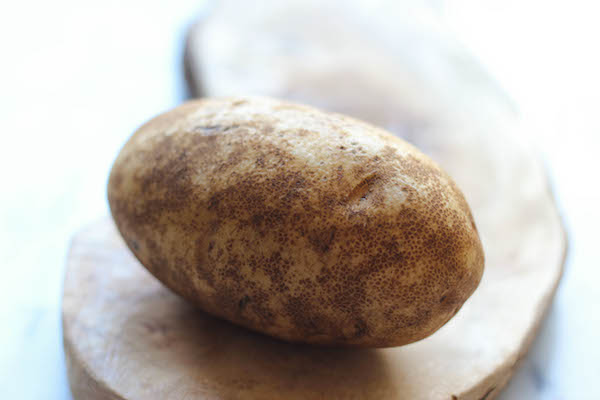 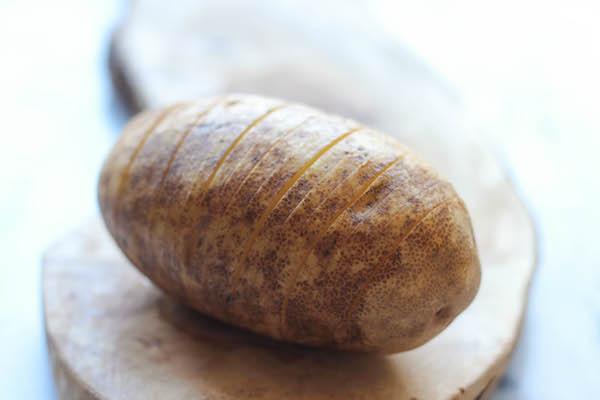 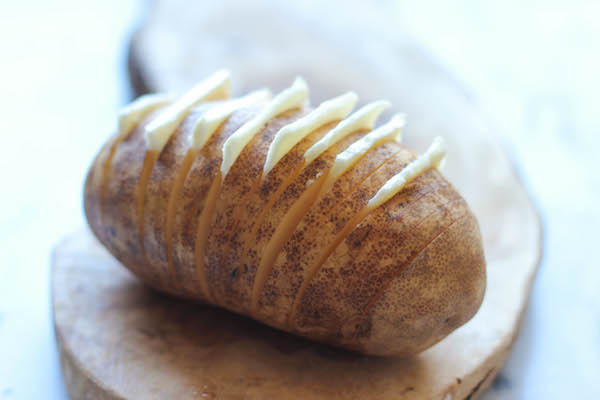 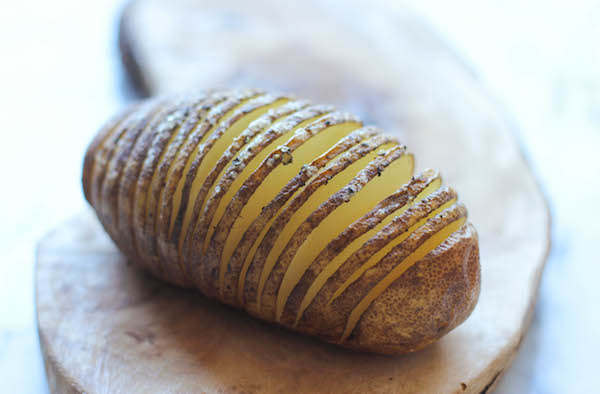 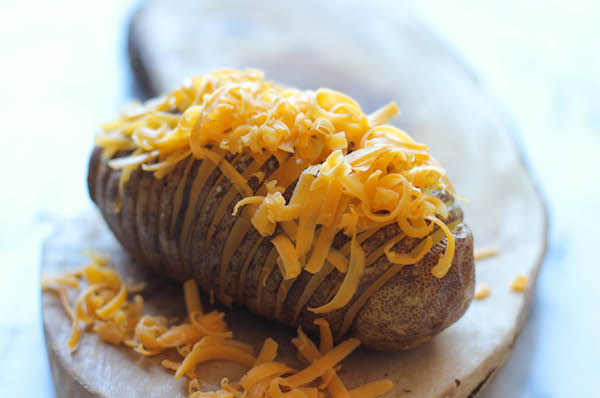 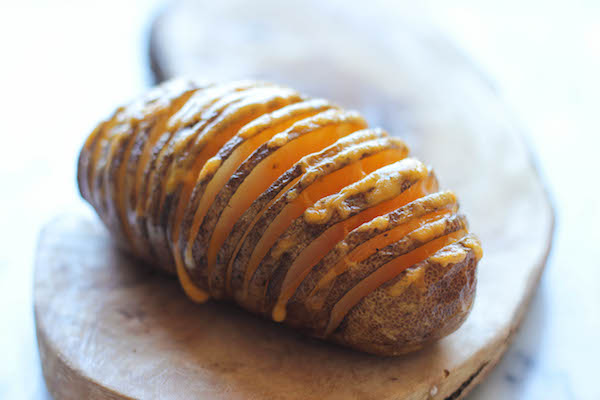 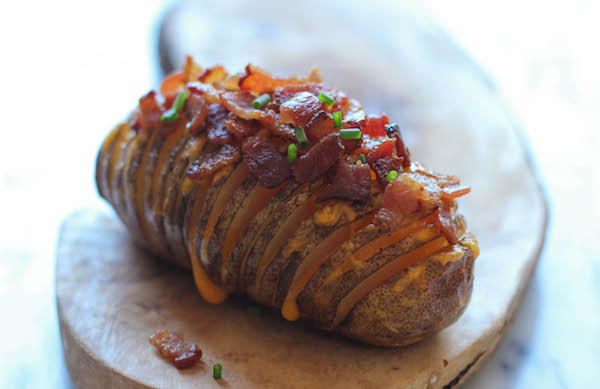 So how’s it taste? Well, let’s be honest here – how can you ever go wrong with buttery, cheesy carb goodness, right? These little slits just flake right off and when you combine it with the creamy notes of the sour cream along with the crisp, salty bacon, you’ll want to skip the main dish and gorge on this instead! 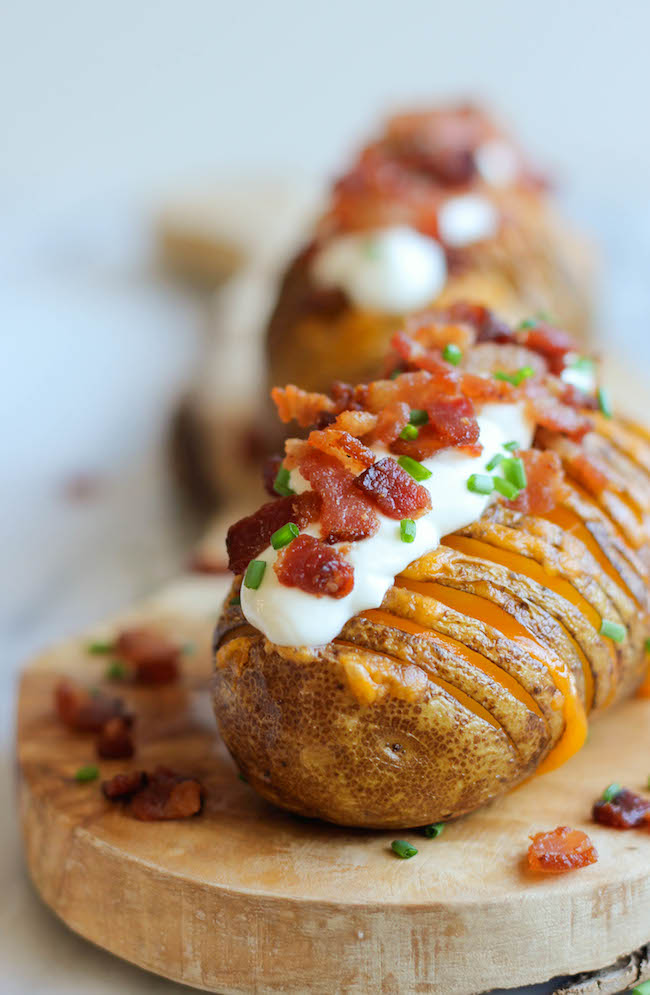 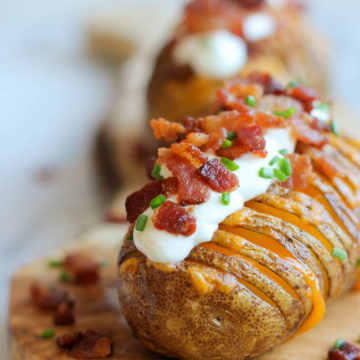