The easiest french toast ever with the most amazing cream cheese filling. Prep the night before and bake right before serving. Easy easy!

I finally opened my first can of pumpkin this season! Now it definitely doesn’t feel like fall just yet as it is hitting close to 100 degrees F outside here in Southern California but still – this french toast should be made all year long.

You can even prep everything the night before, toss it in the fridge, and throw it in the oven before serving the next morning.

It’s actually better that you make it ahead of time so those little pieces of bread can soak up all that pumpkin goodness.

And those bread cubes up there – those are King’s Hawaiian rolls. AKA – the best rolls in the world. And the only rolls to use when it comes to baked french toast. 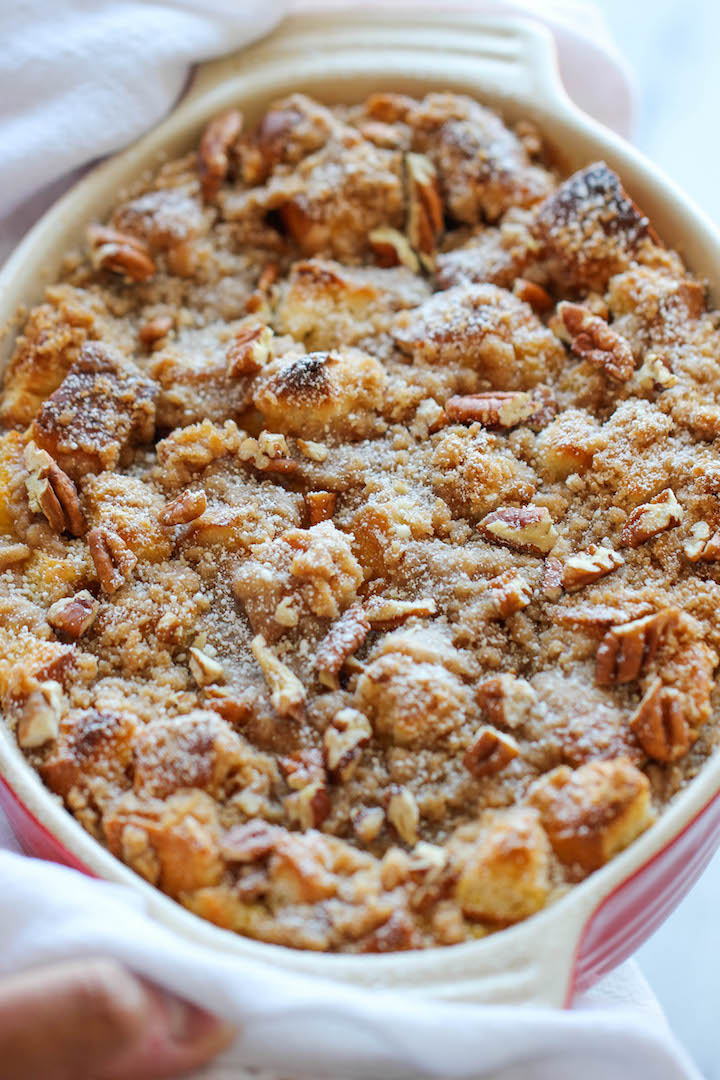 Oh and you can’t forget that oozing cream cheese filling right in the middle layer. Imagine it to be a mini cheesecake filling in the middle of your french toast. 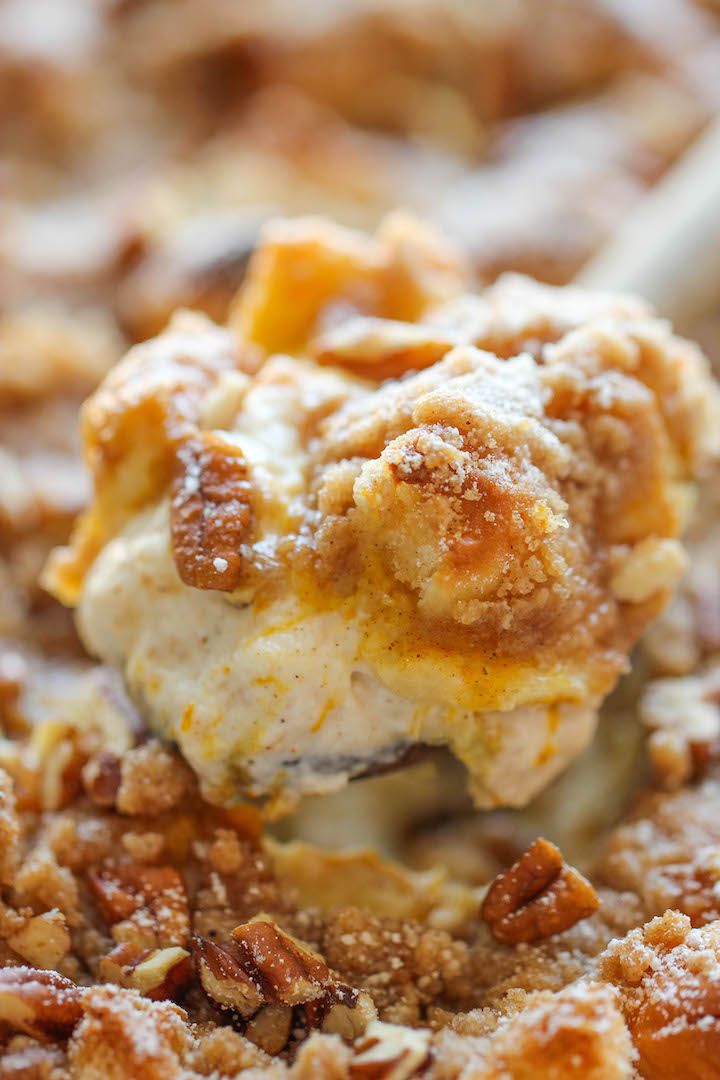 Just pop this baby out of the oven and serve. It’s even better when eaten right out of the baking dish too. Why waste time plating? 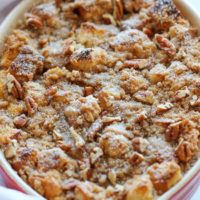 For the crumb topping

For the cream cheese filling

Disclosure: This post is sponsored by King’s Hawaiian. All opinions expressed are my own.