These hot dog bites are so fun to make with both kids and grown-ups! 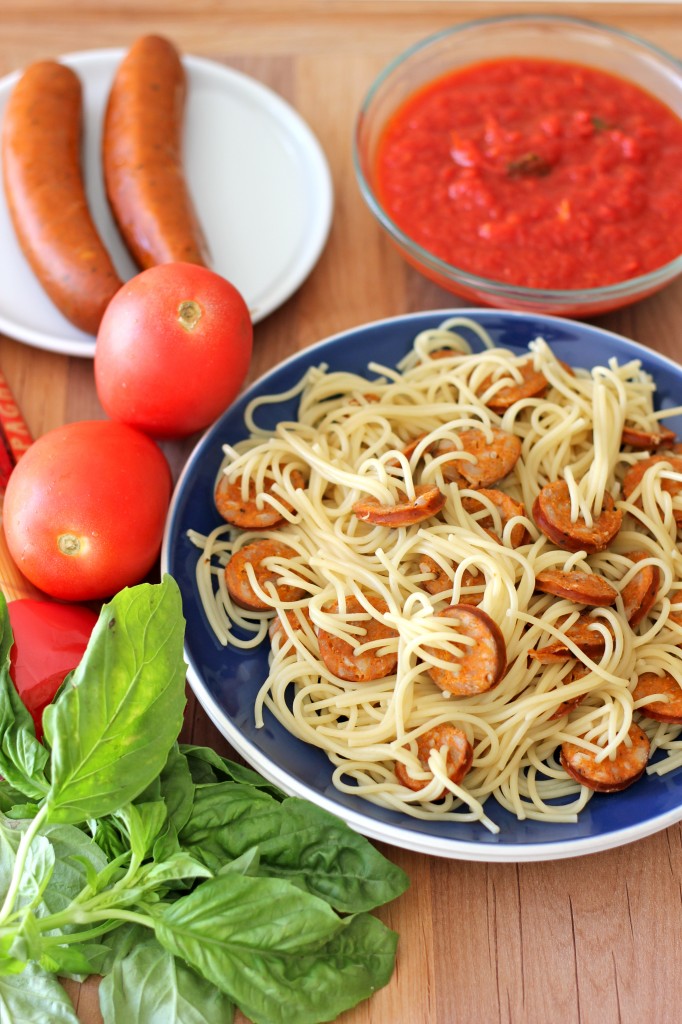 For this week’s installment of #SundaySupper, we are bringing in the whole family to the dinner table, especially the kids. Cooking with children is incredibly beneficial as it teaches teamwork, encourages creativity and increases a child’s interest in trying new foods. So for this week, I bring you threaded spaghetti hot dog bites. It’s a super simple dish that can bring so much fun into the kitchen with your children, niece/nephew or even your date. Just slice up your favorite kind of sausage and thread about 5-7 spaghetti strands into each slice. When you’re done, throw them into a pot of boiling water and you’ll have dinner served in 15 minutes. Feel free to toss them in this awesome, super easy homemade marinara sauce, Alfredo sauce or even pesto! It’s not only incredibly fun to make but they’re a blast to eat as well. Just stick a fork into one of the sausages and you’re good to go. Now how great is that?

So here’s how you make this awesomeness:

Let’s first start with the marinara sauce by throwing in some thinly sliced garlic into a pot that has been coated with some olive oil. 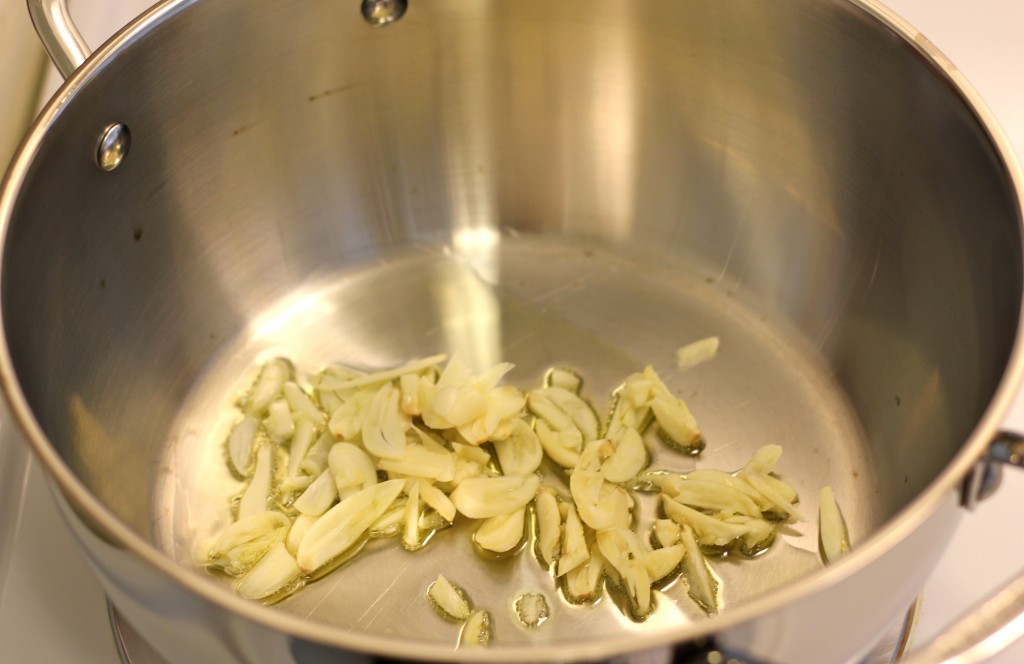 Then we’ll throw in some torn basil. 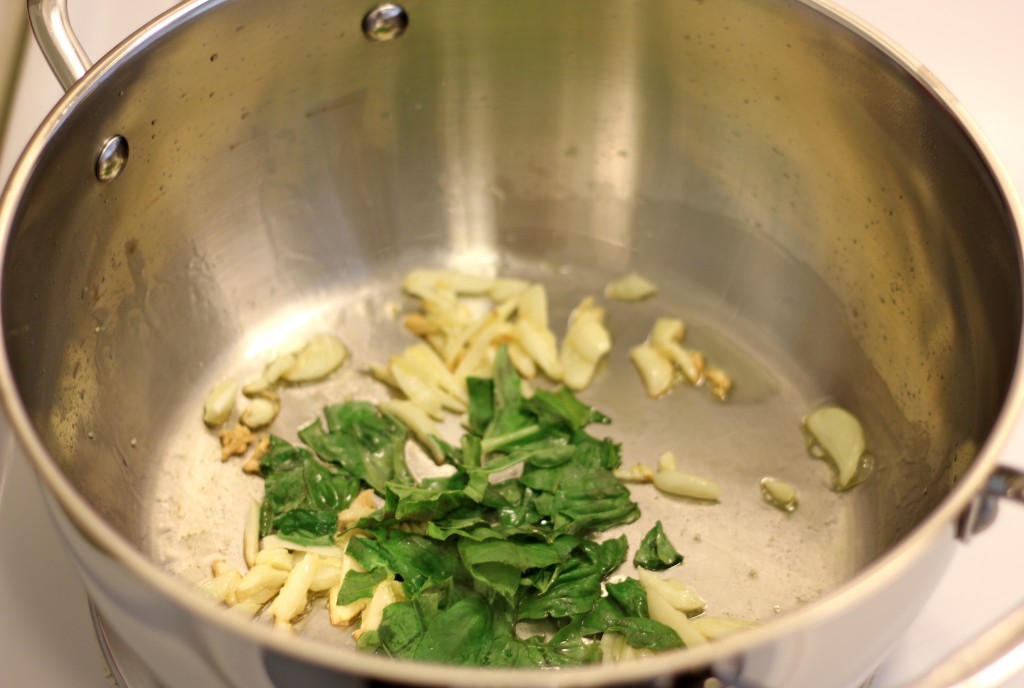 Next we’ll have to grab 2 cans of crushed tomatoes… 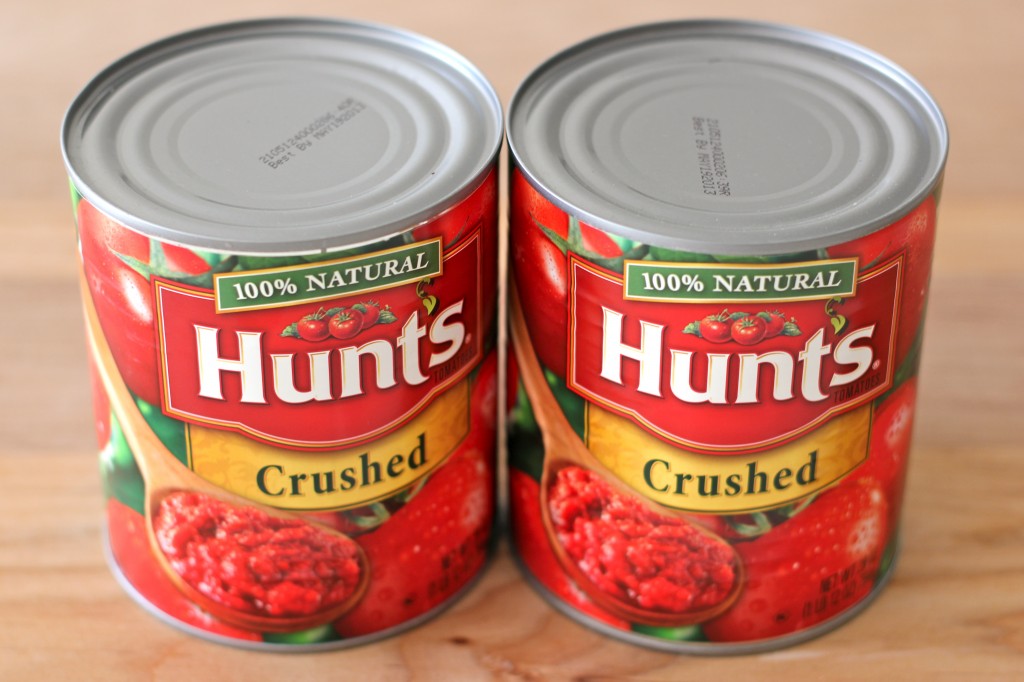 and dump them into the pot. Be careful because there will be some splattering. 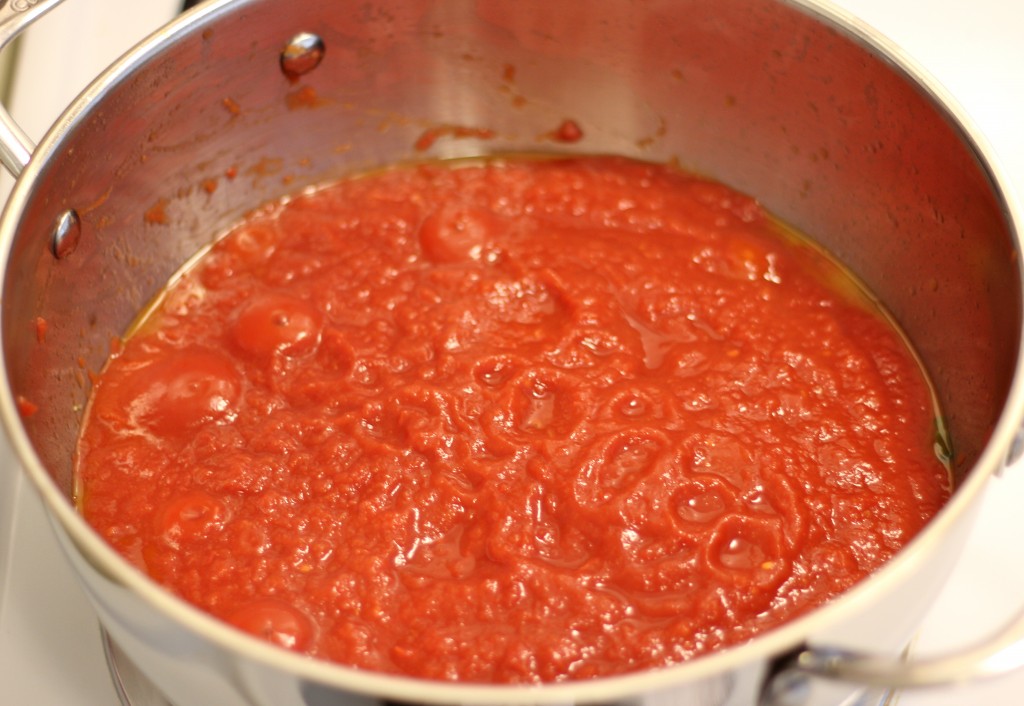 Bring to a boil and then add in the salt. 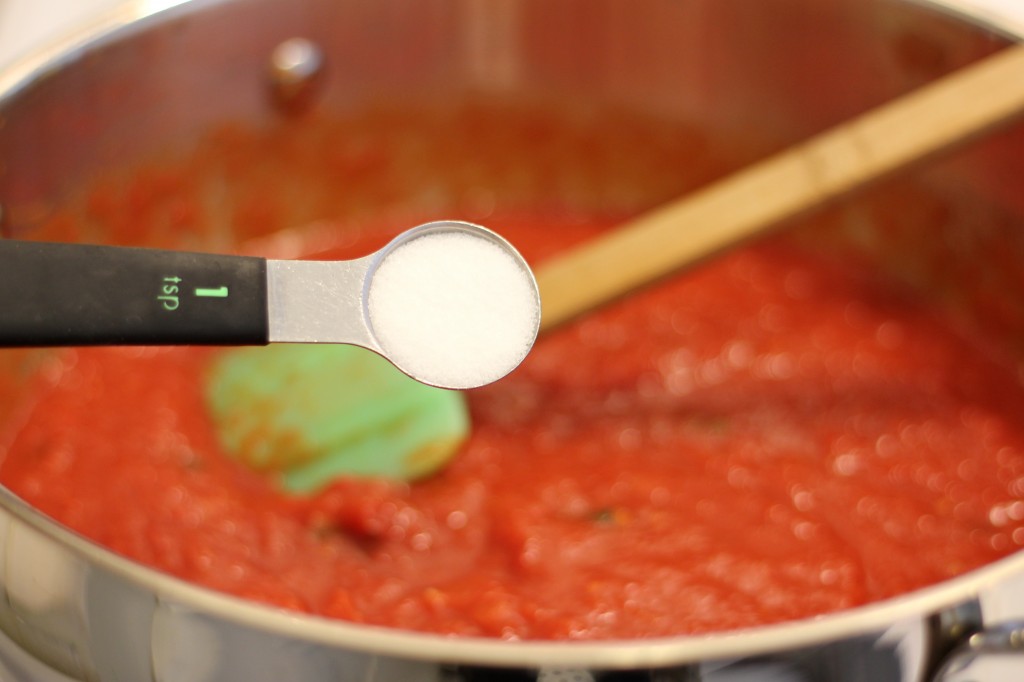 We’ll let it simmer for 45-50 minutes before adding in some balsamic vinegar. 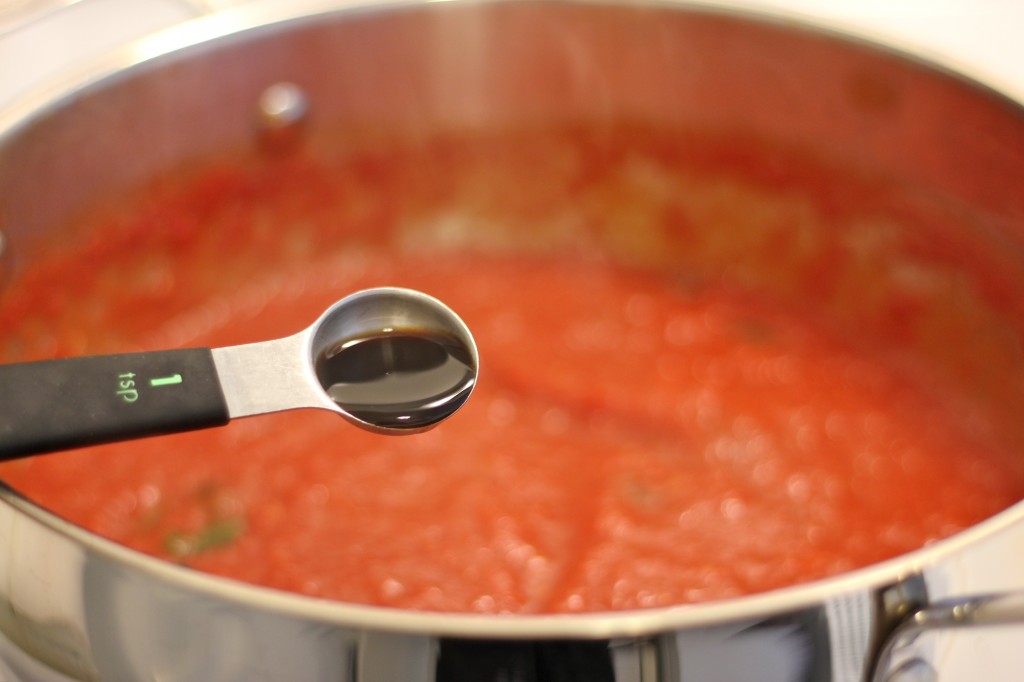 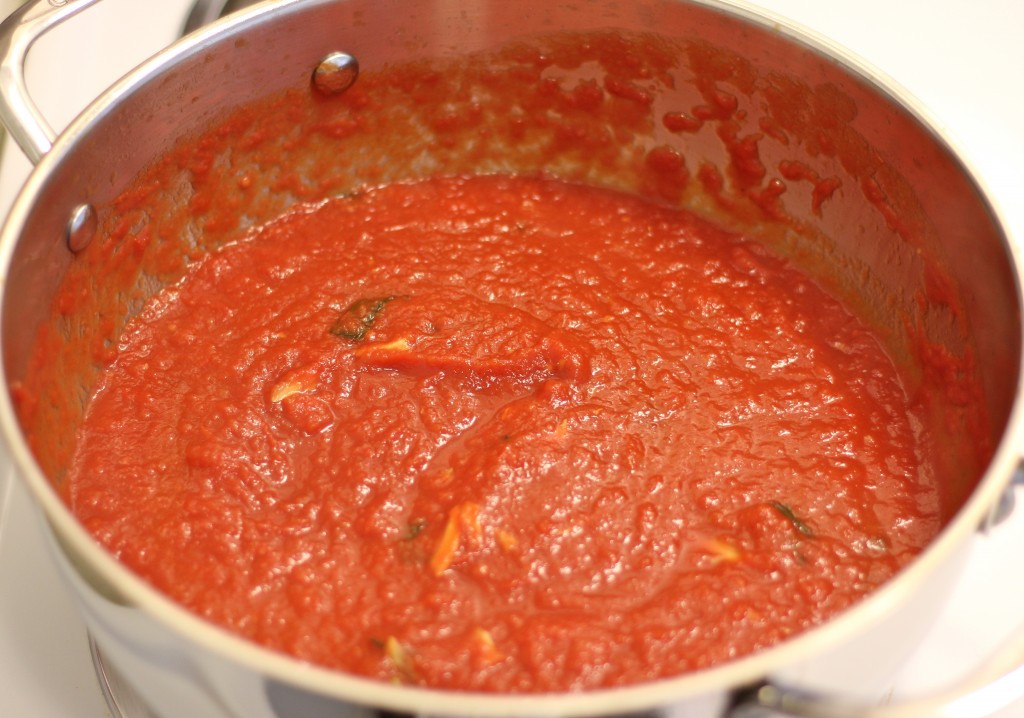 Now we’ll thread the spaghetti. Let’s first get some spaghetti noodles. Then take your favorite kind of sausage (I highly recommend this smoked andouille one from Trader Joe’s) and slice them up to your desired thickness. 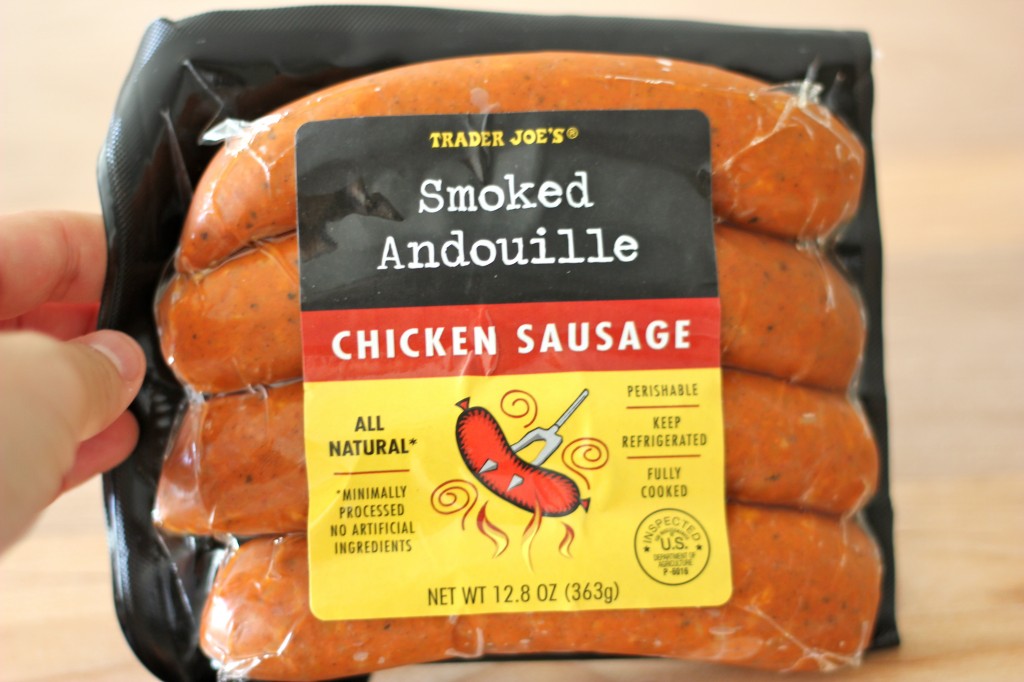 Next we’ll take the spaghetti noodles, break them in half and then thread 5-7 noodles in each slice of sausage. This is the fun part where the kiddies can start poking through the sausage with the noodles. It’s not just fun for them – I had a blast doing it too! 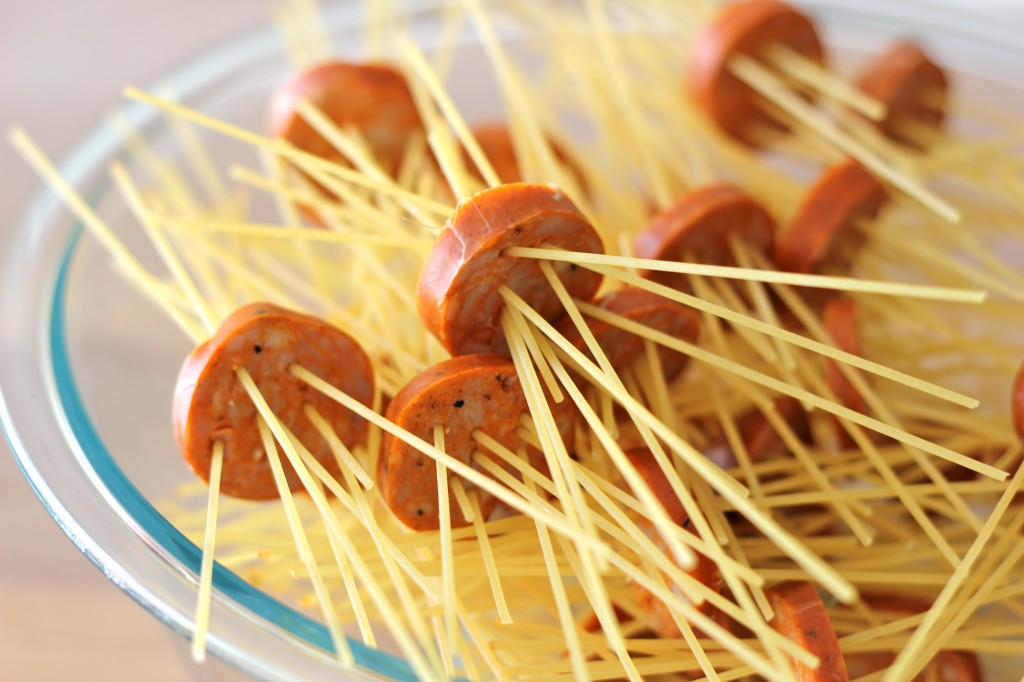 Now we’ll throw into a pot of boiling salted water and let it cook for about 10 minutes. 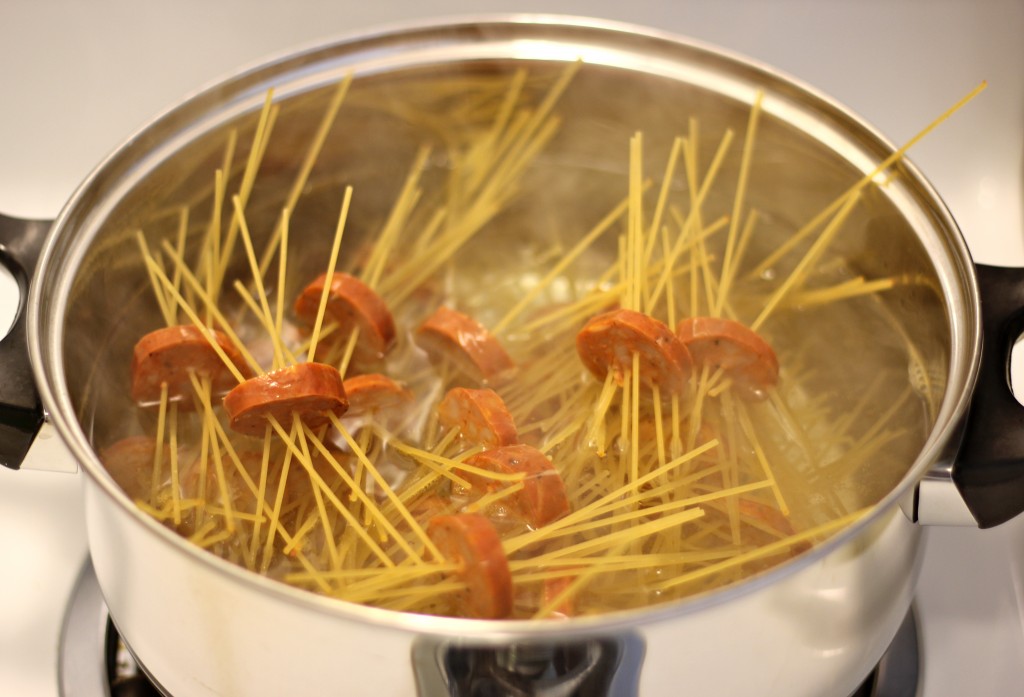 Then we’ll serve and eat! 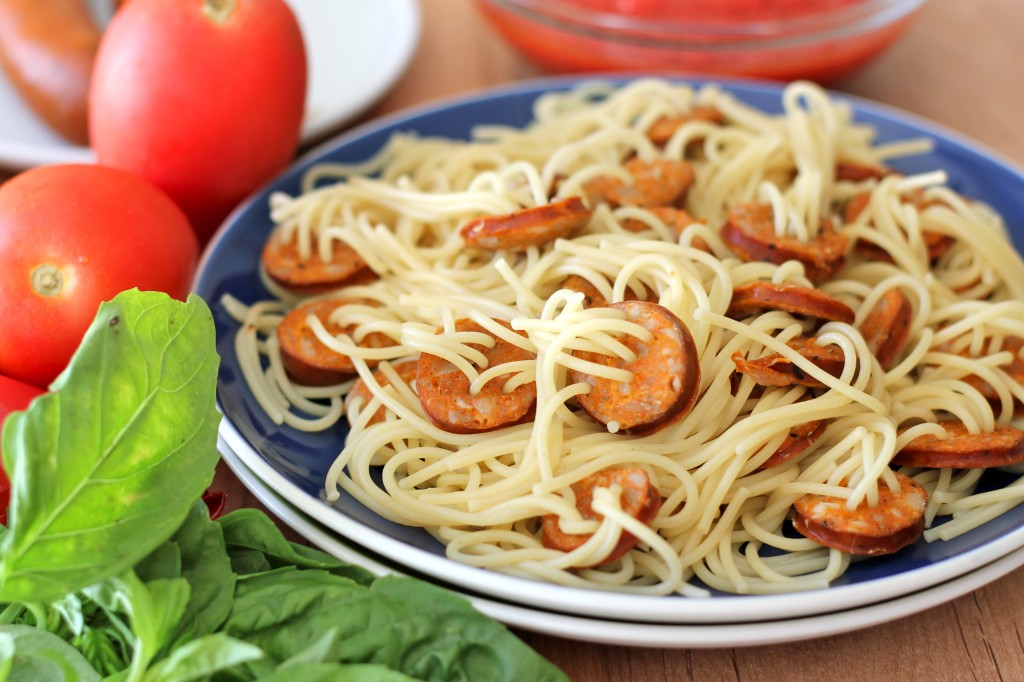 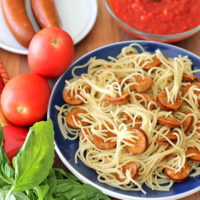 For the marinara sauce