There’s no need to overpay for restaurant gyros – you can easily make it right at home with a healthy homemade Greek yogurt tzatziki sauce! 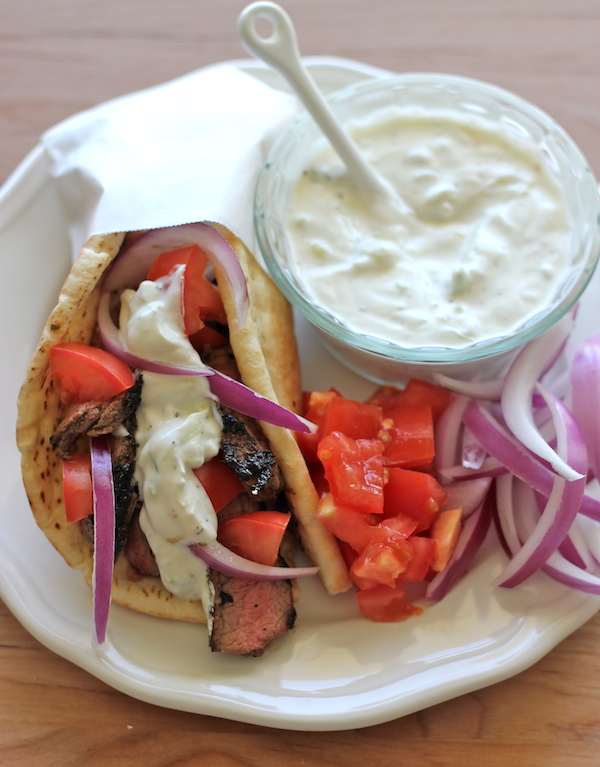 I hope everyone had a wonderful July 4th holiday. Jason and I had plans to go to 2 different BBQs but when that fell through, we decided to go on a date and watch fireworks at night. But when it came down to it, we ended up staying in, relaxing and watching the series premiere of Homeland (my new obsession). Yeah, we’re such hardcore partiers, right?

Anyway, for today, I have these steak gyros for you guys. I was having major gyro cravings last week so I decided to go with Annie’s recipe from Annie’s Eats that I’ve used before, but this time, I substituted sirloin steak since I wasn’t in much of a chicken mood. I cooked these steaks to medium rare, topped them off with a simple yet super flavorful tzatziki sauce along with some fresh tomatoes and red onions all wrapped up in a nicely toasted pita bread. It was incredibly easy to make, and it definitely hit the spot!

So here’s how you make this super easy/quick meal, perfect for weeknights: 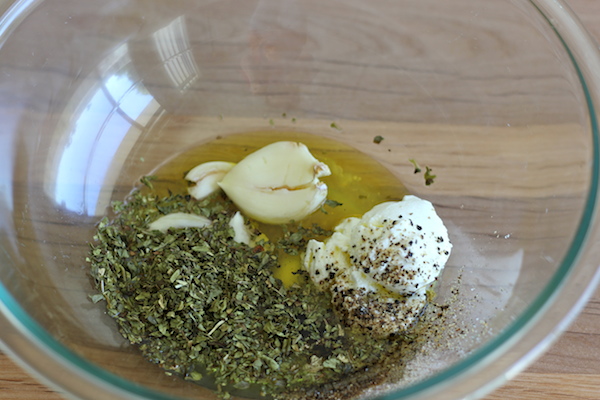 Then we’ll take out our top sirloin filet… 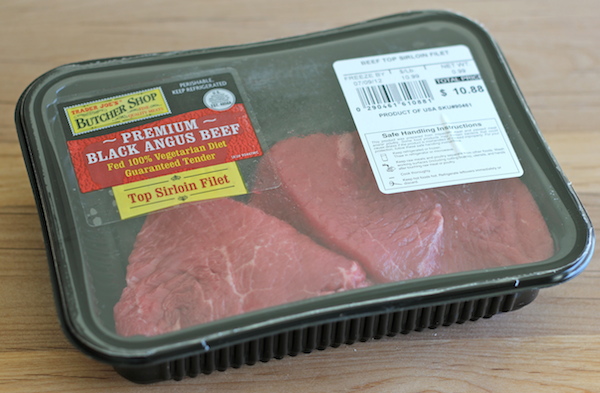 and throw in that pool of marinade. We’ll let that soak up for an hour or so in the fridge. 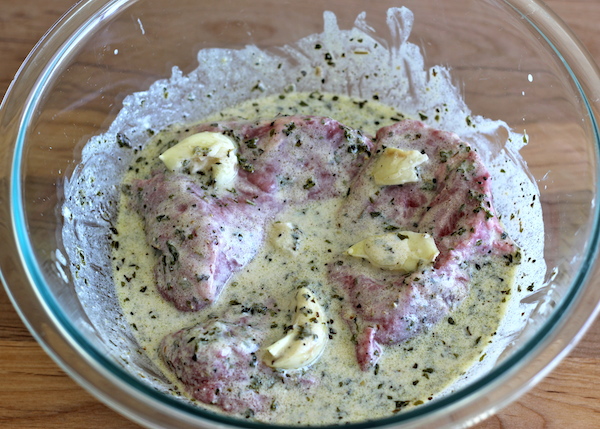 When that hour is up, go ahead and throw it onto a hot cast iron skillet until it gets nice and crusted to medium rare, about 145 degrees F. 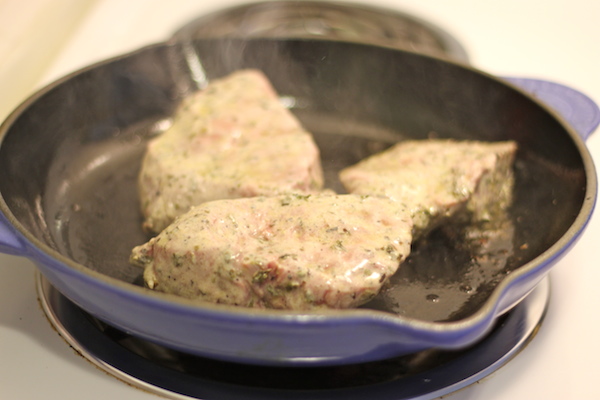 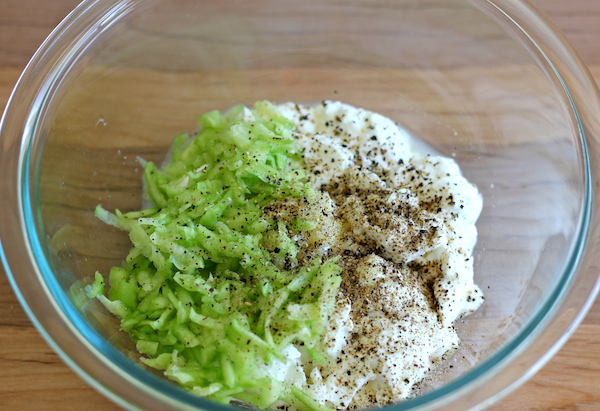 Then we’ll drizzle in some olive oil. Super easy, right? 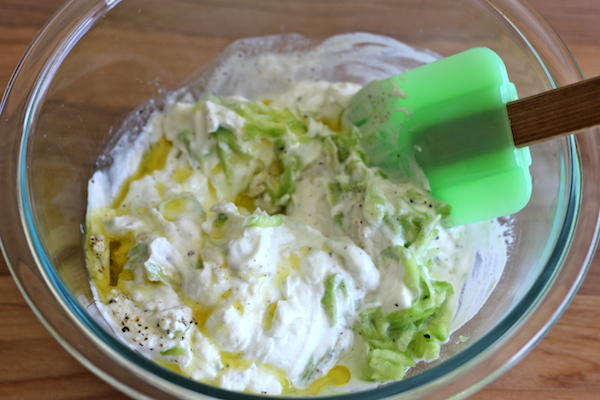 Don’t forget to toast up your pita breads. I just popped them into the oven and put the low broil on for 2-3 minutes until they got nicely browned. 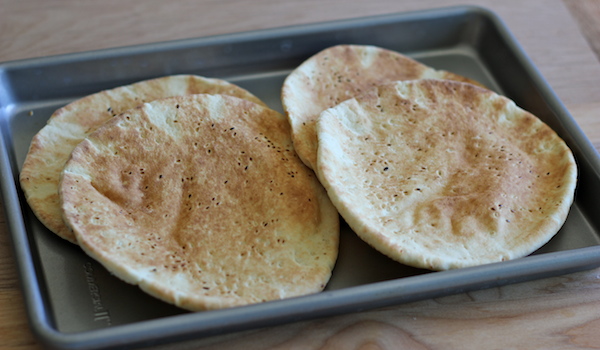 And there you have it. Just take a pita bread, throw in a bunch of meat and top that off with some fresh tzatziki sauce, tomatoes and red onion. Transfer to a serving platter, fold, and enjoy! 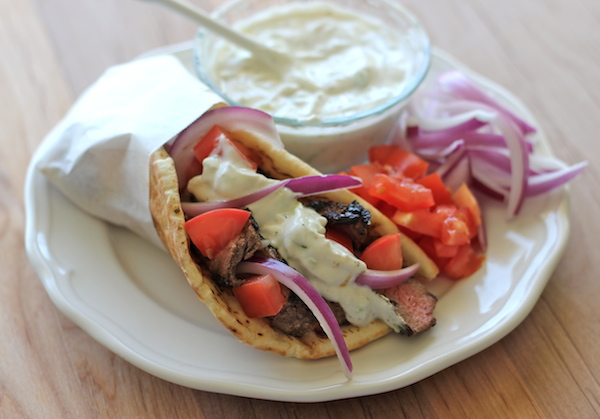 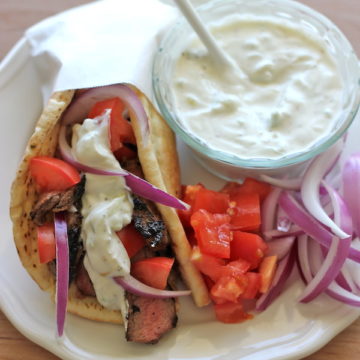 There’s no need to overpay for restaurant gyros – you can easily make it right at home with a healthy homemade Greek yogurt tzatziki sauce!

For the tzatziki sauce