Cinnamon roll in donut form, lightened up with Greek yogurt so you could eat these guilt-free! 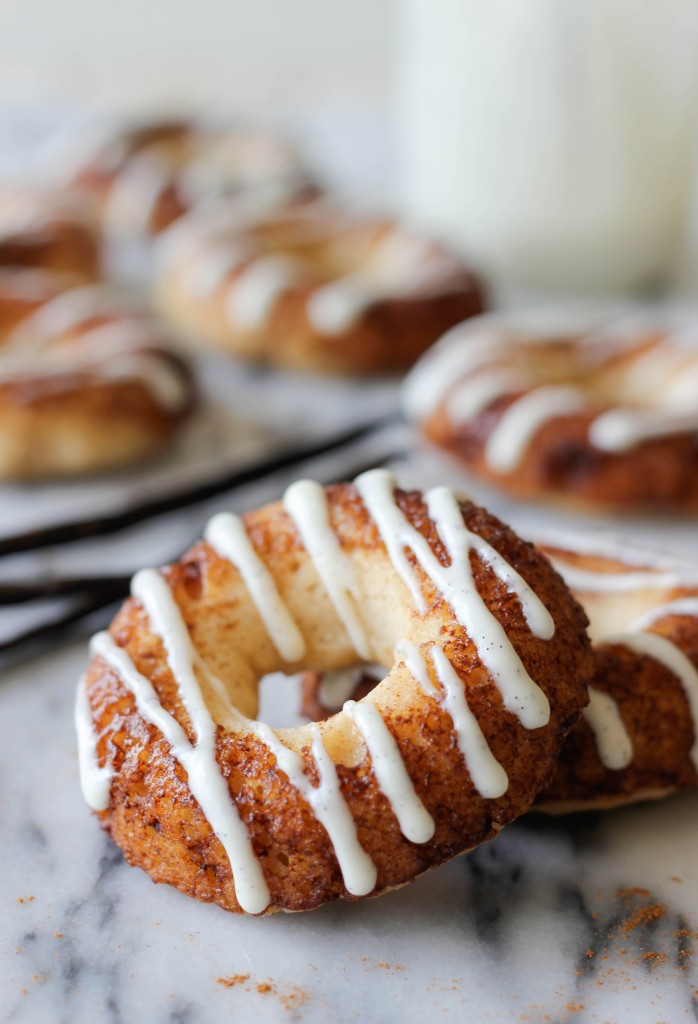 Cinnamon rolls. We all love them, right? That buttery cinnamon sugar goodness and that dripping cream cheese glaze…

Okay, well I could actually think of one person who wouldn’t like this. She hates cinnamon AND peanut butter. She’s a dear friend of mine but man, her food aversions are really getting in the way of a lot of goodies, like these donuts here. 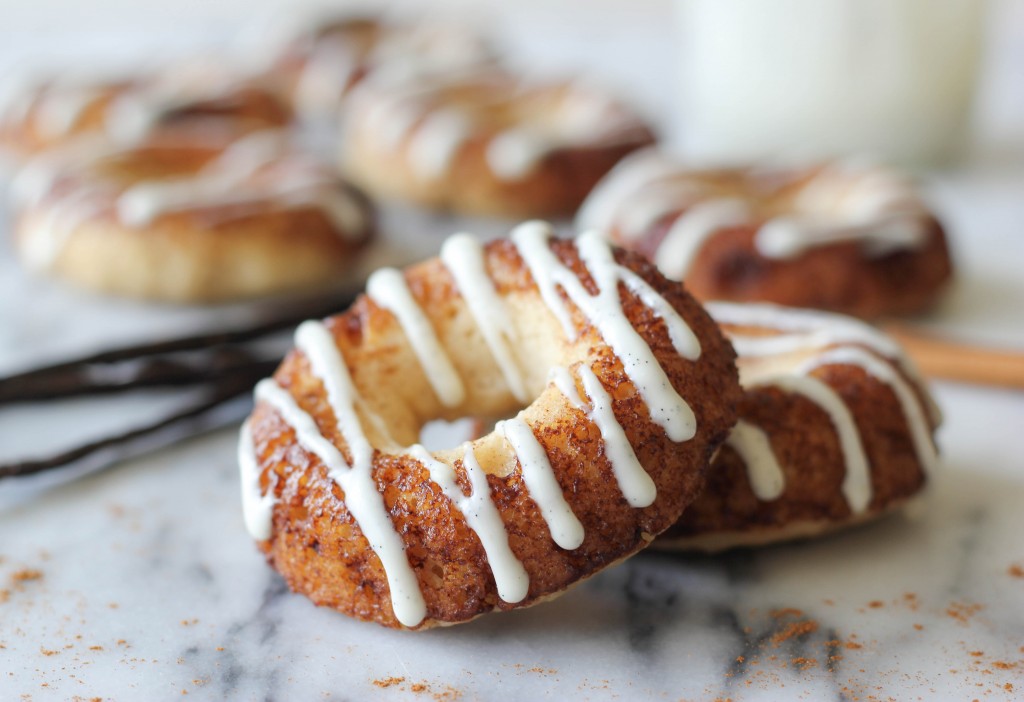 See, the kind folks over at Voskos sent over a variety of their Greek yogurt for me to play around with it and I couldn’t help but use them in these cinnamon roll donuts. With all of that indulgent cinnamon sugar and cream cheese goodness, we have to cut back somewhere, right?

But even with the addition of the yogurt, these donuts do not taste healthy at all! In fact, the creamy yogurt lends off such a fluffiness to the base of the donuts, which then gets baked in a pool of buttery cinnamon sugar and then finished off with a drizzle of vanilla bean cream cheese glaze. Yeah, those black specks there brings about so much magic to the glaze.

Now that’s a breakfast I can get on board with. 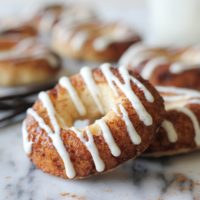 For the cinnamon sugar

Disclosure: This post is sponsored by Voskos. All opinions expressed are my own.