With a little bit of cinnamon sugar, you can bake these to crisp perfection, enveloping a piping hot, caramelized banana! 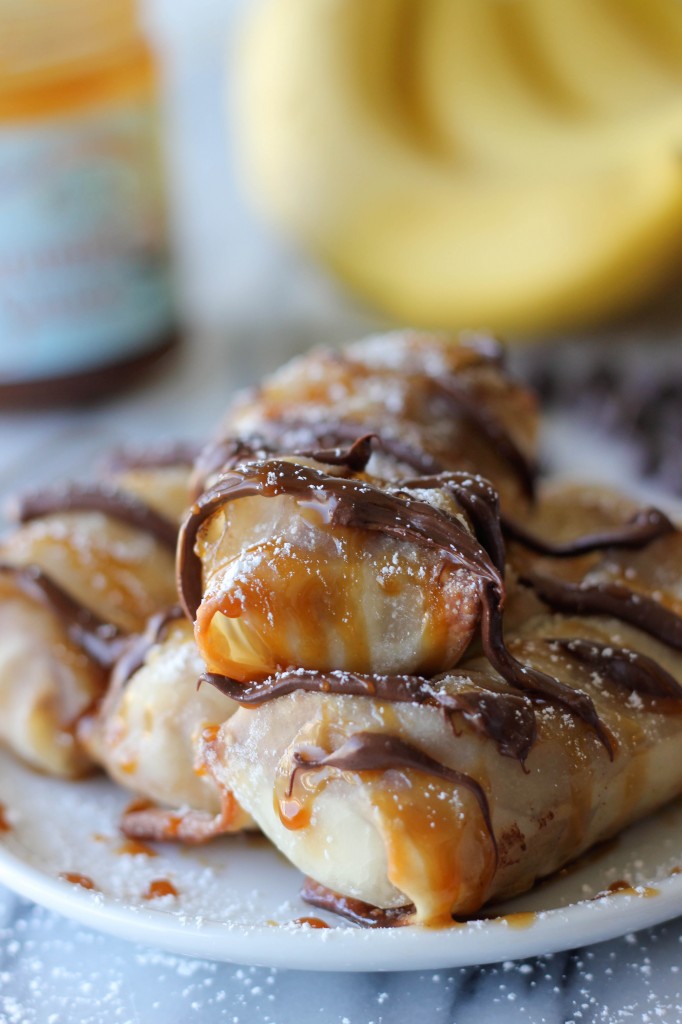 Remember when I posted that pizookie earlier in the week and then I posted those whole-wheat crusted chicken tenders to balance everything out? Well, it’s back to a dessert dish. And you’ll probably hate me for posting this but I just had to share it with you.

Behold the banana lumpia, a traditional Filipino snack, which involves a fried banana.

Yeah, I told you, you’ll hate me. But hey, you have to give me some credit for baking these instead of deep-frying them. Now I honestly did not bake these in an attempt to make them healthy but mainly because Jason was highly opposed to staining the walls with oil, especially since he set up his new desk by the kitchen area. So instead, I baked these in a 400 degree oven until it reached it’s crisp perfection stage, oozing with cinnamon sugar goodness and caramelized banana that just melts in your mouth.

They taste even better drizzled with salted caramel and melted chocolate along with a scoop of vanilla bean ice cream.

You can get the full recipe here over at Imperial Sugar!

Disclosure: This post is sponsored by Imperial Sugar. All opinions expressed are my own.