A creamy, low carb, hearty and wonderfully cozy soup for those chilly nights!

Since we’ve relocated out to the Bay Area, I’ve been making a lot of cozy soups to get us through these chilly nights. But instead of making my usual carb-loaded chowders that I love so much, I tried something a little bit lighter and more hearty. After all, spring is officially here, sweater season is slowly coming to an end, and bikini season will be here before you know it.

Now I’ll be honest – being the carboholic that I am, I was very skeptical about using cauliflower in place of potatoes, but boy, was I in for a treat.

The cauliflower was an amazing low-carb substitute, and it’s really such a perfect way to sneak in some good ol’ veggies for those picky eaters. And to balance out all that veggie goodness, I just had to add some crisp bacon bits because at the end of the day, bacon just makes everything 10000x times better. Either way, this is one cozy, hearty soup that the whole family will gobble up! 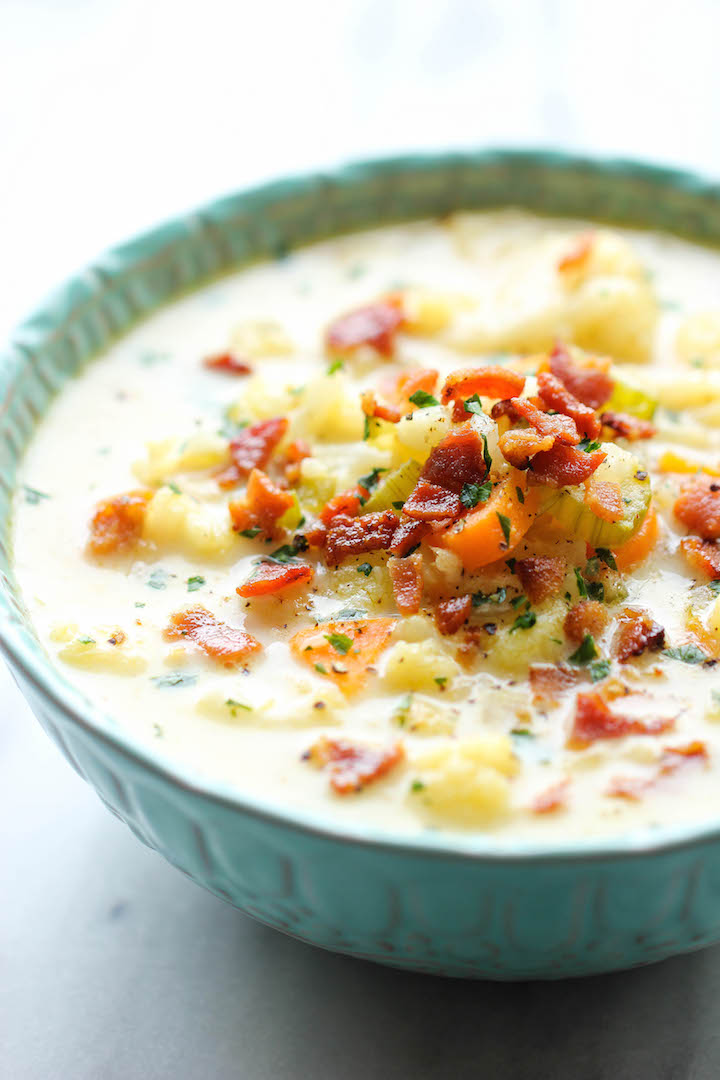 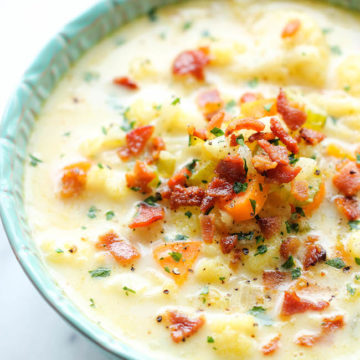 A creamy, low carb, hearty and wonderfully cozy soup for those chilly nights!

Adapted from The Miniature Moose