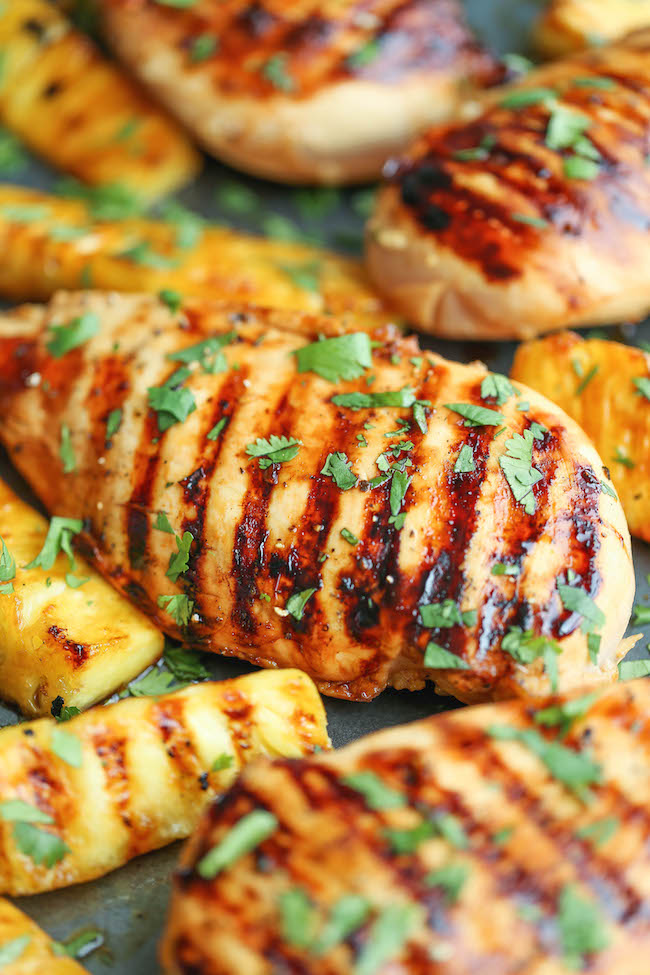 It’s August. It’s hot. And I’m not on a tropical island sipping a coconut margarita. So this Hawaiian chicken will have to do. For now. 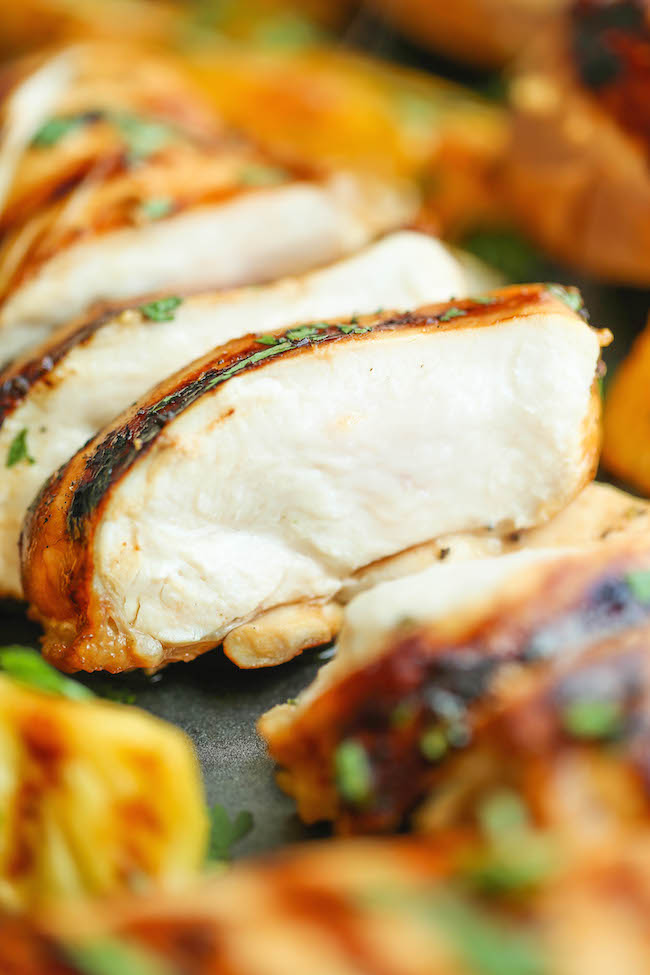 With a quick and easy marinade, this comes together with just 10 minutes prep, so you can really enjoy this all year long, any day of the week. 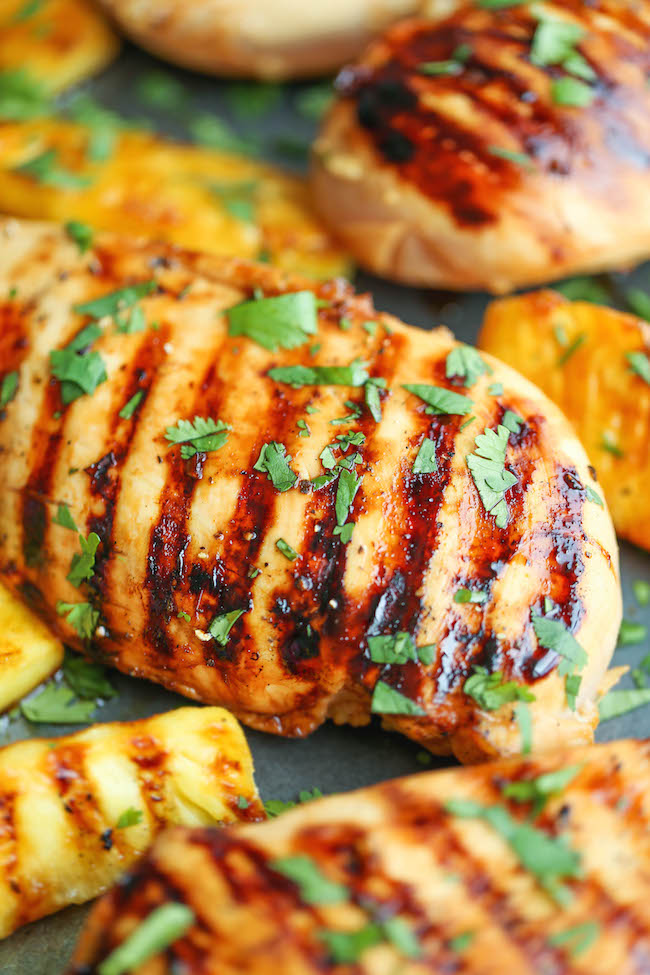 And when you pair it with that brown sugar pineapple, you’ll be on that tropical island in no time. Although a trip to Hawaii won’t hurt either. 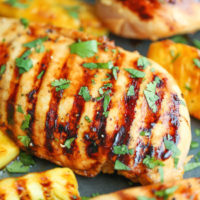