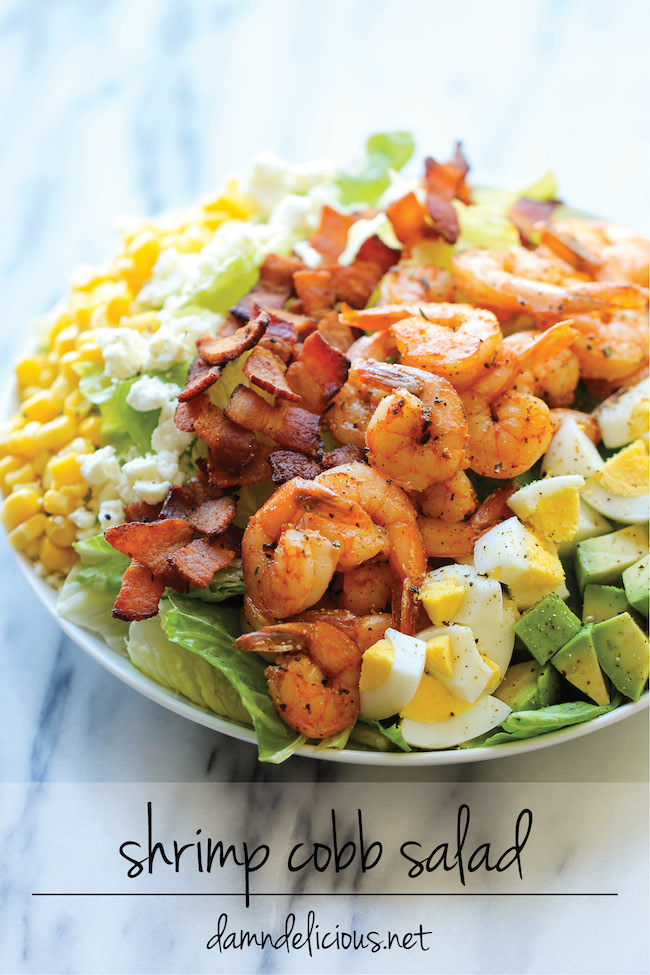 It’s been a rough couple of days for Butters. Three days after bringing him home, he had a very high fever so we had to hospitalize him for fluids and antibiotics, and he, unfortunately, had to wear the “cone of shame” to keep his IVs in. And despite all of the lab work, the doc still can’t figure out what’s causing his immune system to shut down. 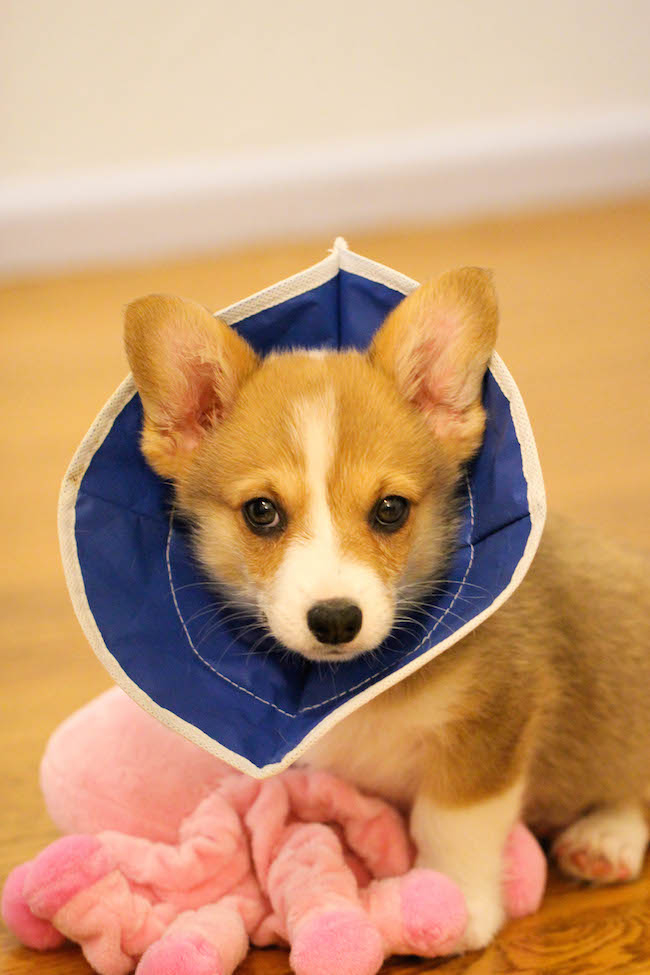 It’s also been a nightmare on my end. No one really tells you how attached you become to your pet, even after 72 hours of taking care of him. And when he’s in his bed, hyperventilating, and looking like he’s about to pass out, well, anxiety and panic takes over. Thankfully, after his IVs, his energy has been up and he’s been doing so much better. We have one more vet visit today so we’re hoping he’s out of the woods and his temperature is back to normal. 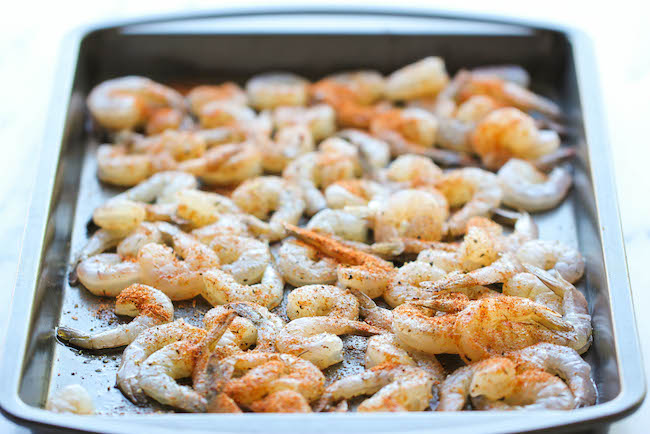 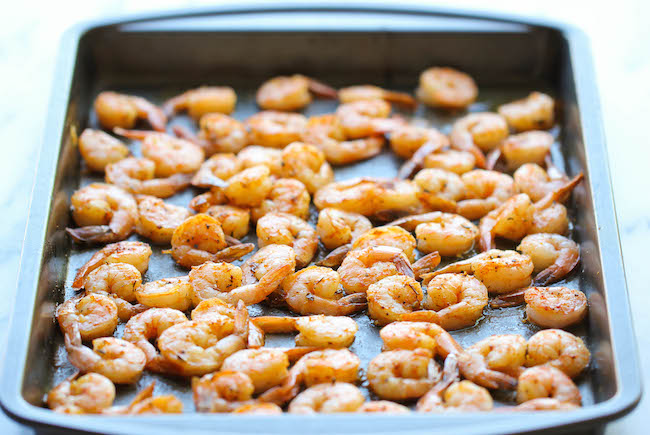 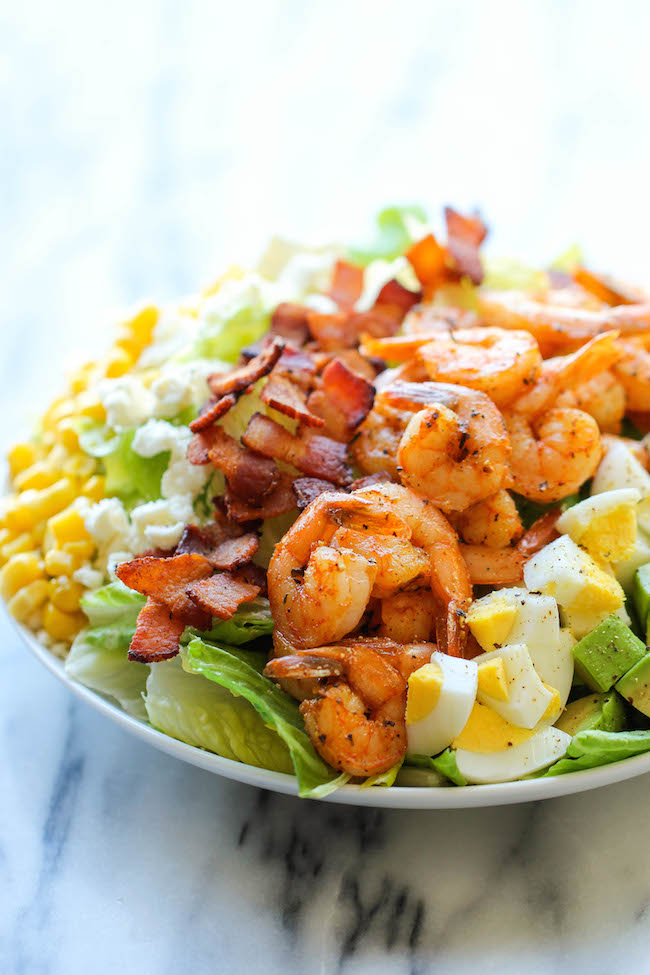 So remember when I told you that Jason and I have a Cabo trip planned in 2 months? Well, this is yet another one of my attempts to eat a bit “lighter”. That is, after I stuff my face with an old-fashioned donut for breakfast. Still,  at least I’m trying. 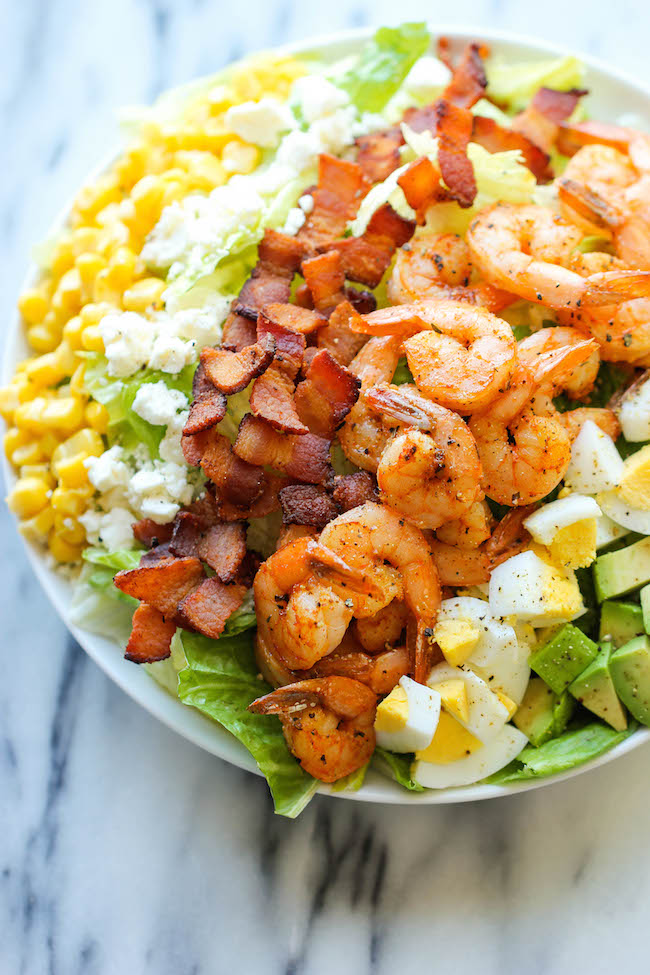 But light or not, this salad is loaded with tons of goodies, from roasted shrimp tossed in Emeril’s Essence (my favorite kind of seasoning), crisp bacon bits, goat cheese, corn kernels, eggs and fresh avocado. This all gets tossed in a refreshing, yet tangy cilantro lime vinaigrette. I absolutely loved the kick of heat in the dressing from the jalapeno too, but if you’re not much of a spice person, you can completely omit the jalapeno for a mild dressing. 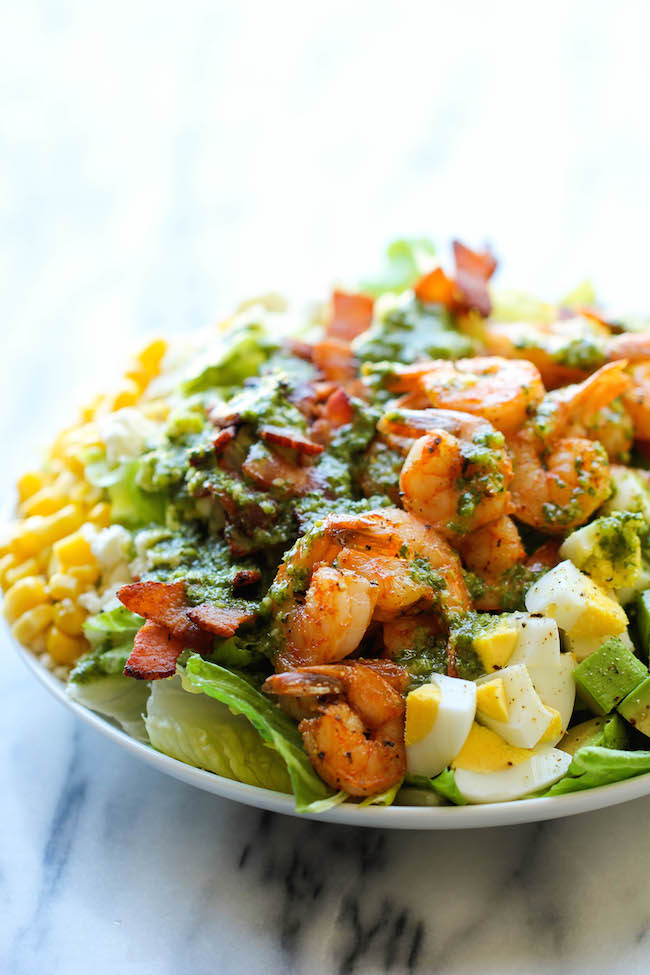 Now if all salads were like this, I’d have no problem eating one of these every single day until Cabo. 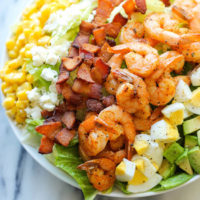 For the Cilantro Lime Vinaigrette